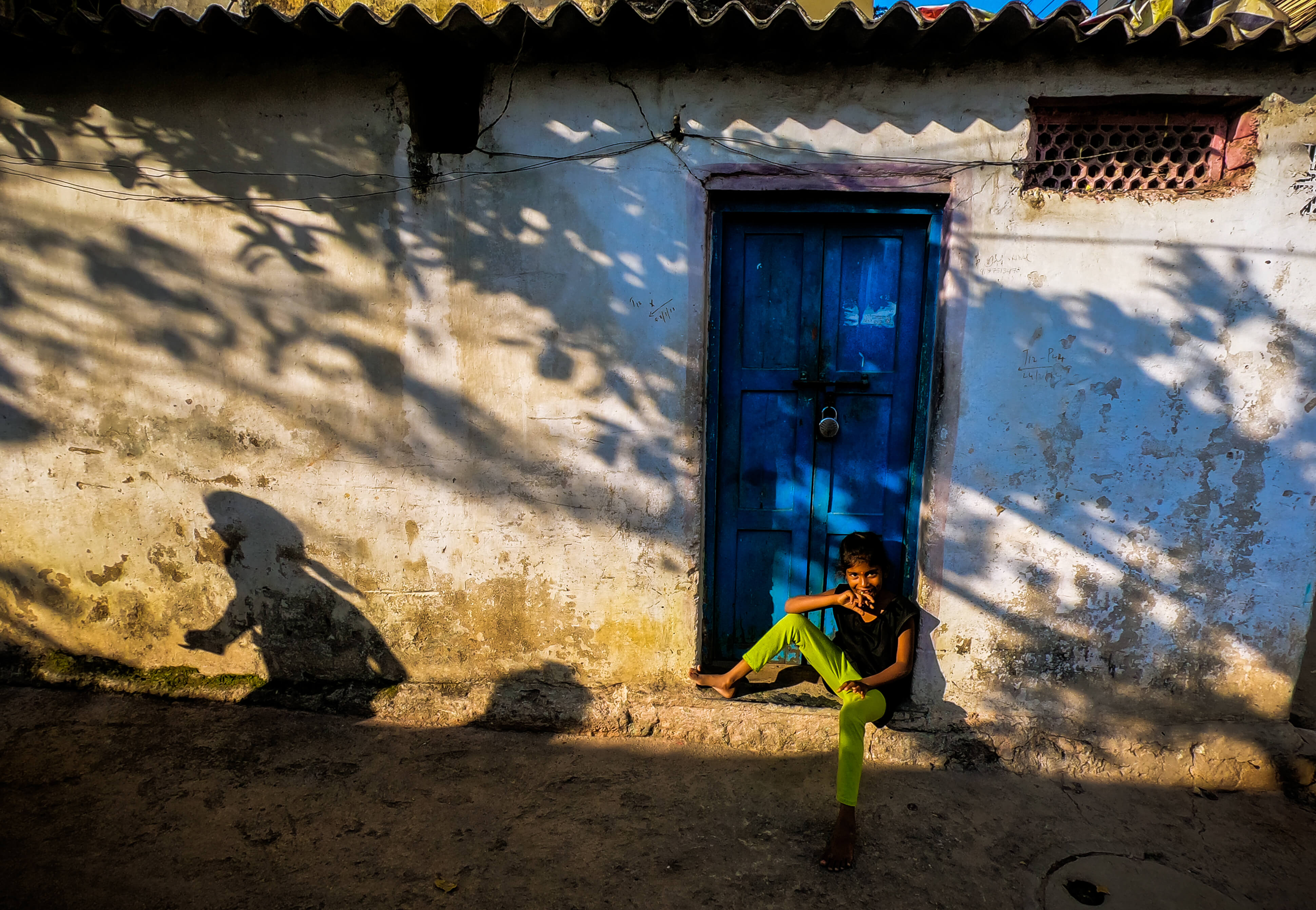 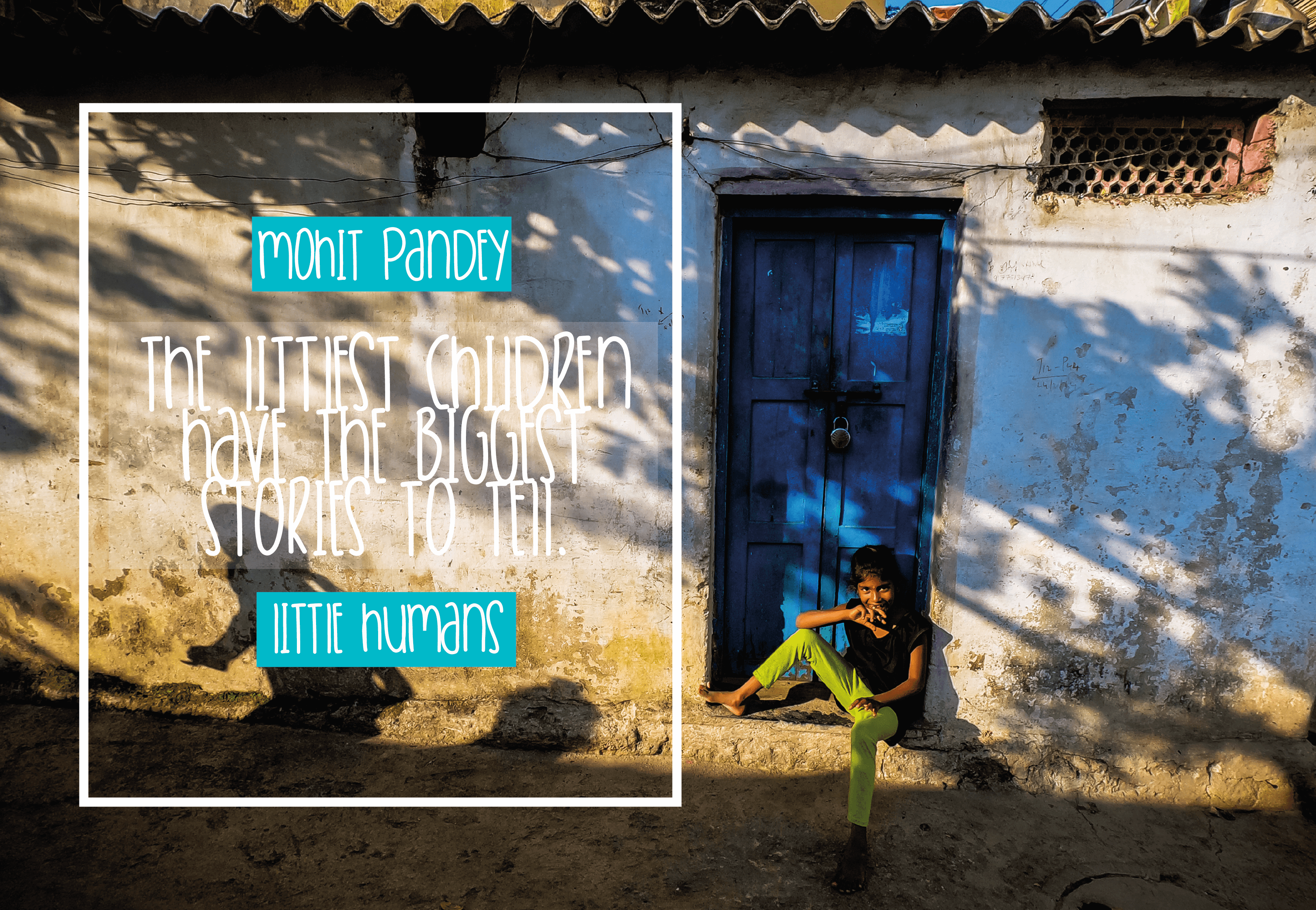 Mohit Pandey a passionate and skilled young photographer aspires to travel the world and tell stories of people, one city at a time. Here are some of his visual narratives as he meets with children across the many villages and towns he travels to. Follow us on Little Humans to read his stories!#littlehumans 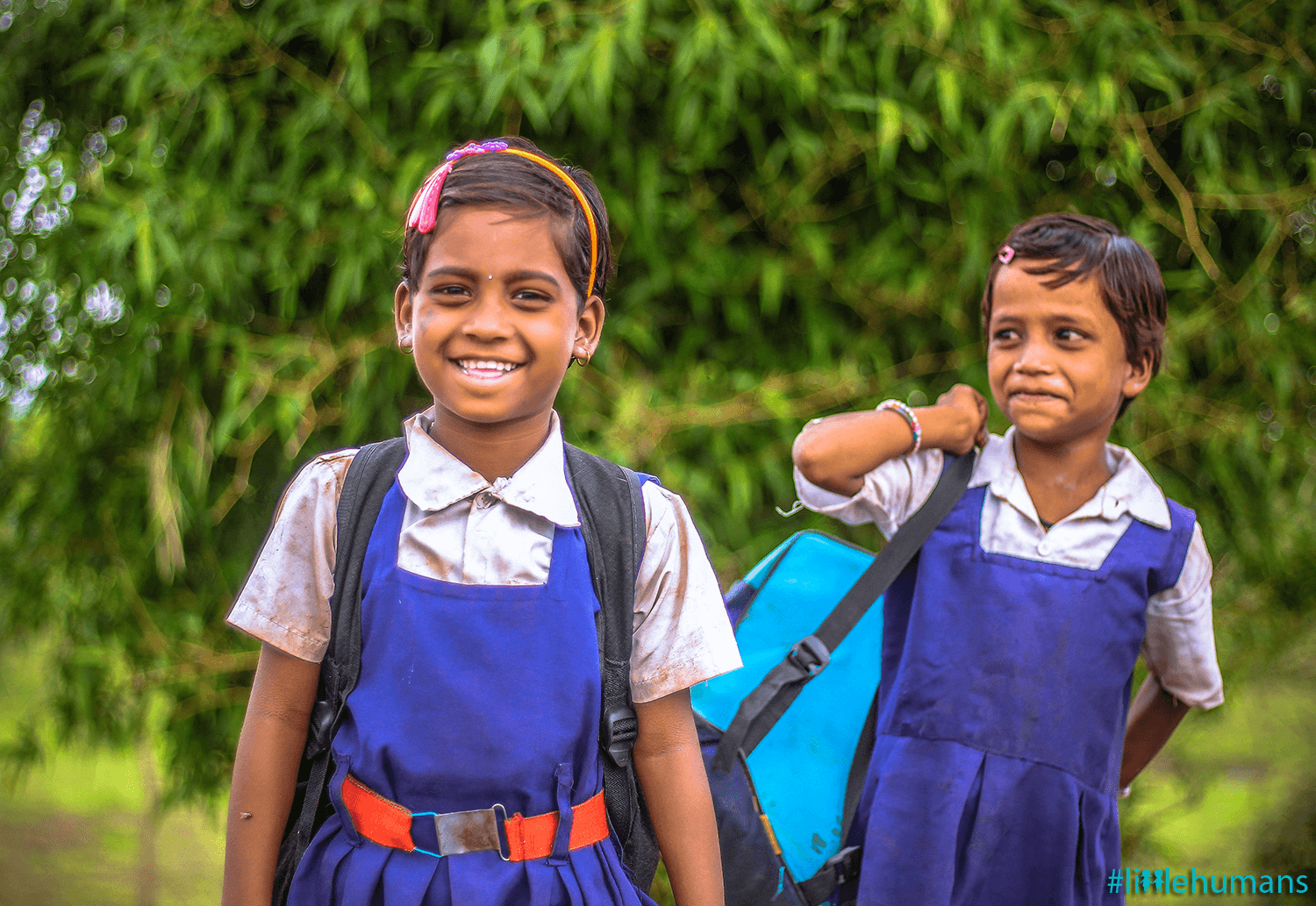 During my travel to Madhya Pradesh, near a small village called Bargi, I bumped into two little girls wearing their school uniforms and walking alone on the highway. “Where are you off too?” I asked. “To school!” they replied in unison, rather happily. They would leave early in the morning, each day, excited and enthusiastic to go to school, but most often no teachers would show up to take classes. Yet, diligently, they would take on their journey to school in the hope that their teacher was present. After speaking to the locals in neighbouring villages too, I realised that many children were facing similar circumstances in their schools.

That day, I went along with the little girls to meet their friends and get a tour of their school. Their infectious smile and warmth reflected their childlike innocence. But it also highlighted the irony of the state of affairs in schools across India – while children are eager to learn and go to school, not many are able to get an education. #littlehumans 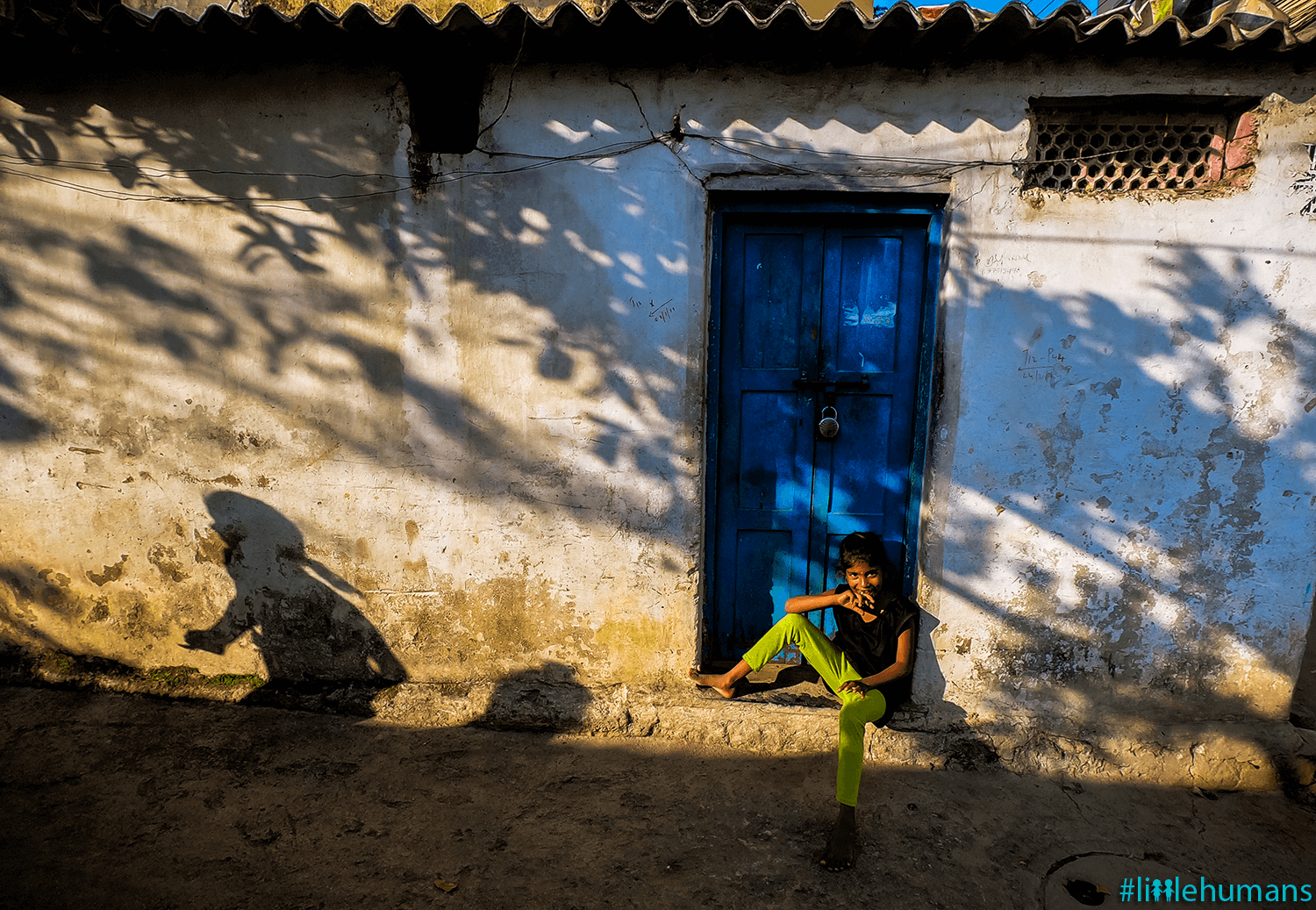 In Chintal basti, a small locality in Hyderabad, live numerous families struggling to make a living. Two siblings, playing with each other, making a playground of their surroundings caught my attention. “Can I take a photo of you?” I asked. One of them immediately sat at the front door of her home, almost showing me her pose, while the other blushed and ran away peering at the camera from behind a tree. #littlehumans 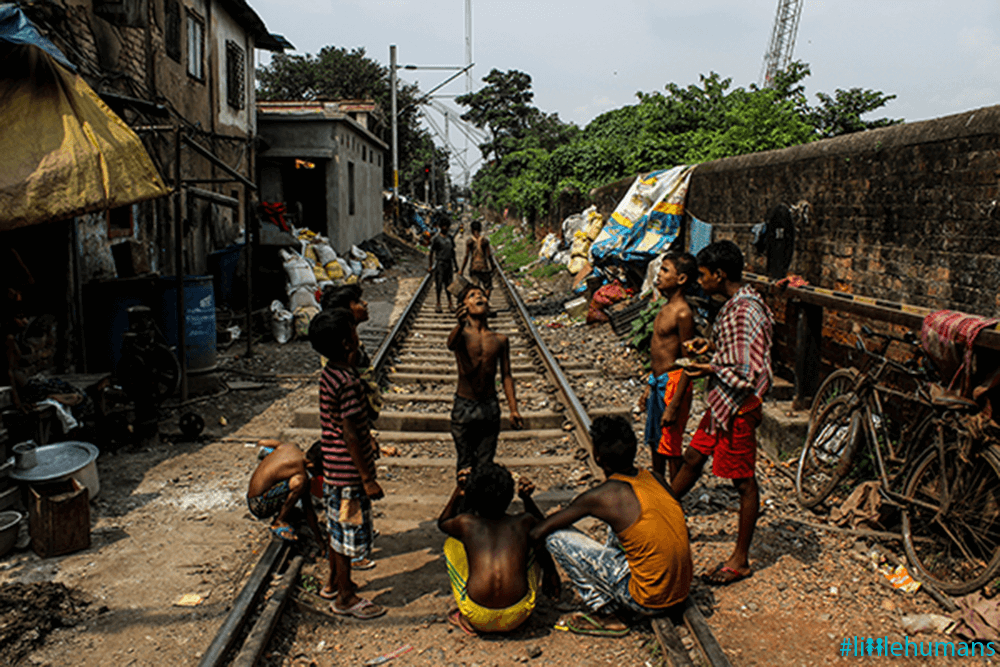 “I wish to go to school someday,” said one of the boys as he tossed the coin in midair that would determine which team would bowl first. The slum area Kalighat, near the famous Howrah Bridge in Kolkata wreaks of poverty and unfulfilled dreams. One can’s miss the number of children roaming around aimlessly, doing odd jobs and playing cricket on the tram tracks that transport the people of Kolkata across the city, hinting at how few children go to school, yet, finding a way to enjoy their lives regardless of life’s pressures. “When my family can afford it, I will go to school too,” stated the other boy, getting back to his game almost immediately. #littlehumans 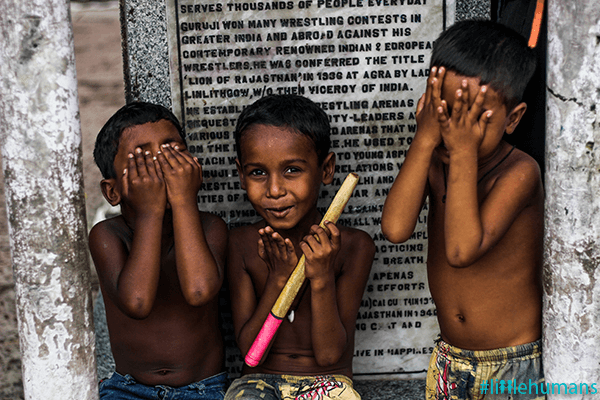 With skinny arms and tiny bodies, many children in the Khalighat slum in Kolkata are found bare chested and looking malnourished. Despite a language barrier, these little boys were teasing me and covering their faces everytime I pointed the camera at them. This game went on until their mother, carrying her tokri of flowers yelled out for them. “Hyam Ma!” they yelled in a chorus, scurrying along behind her. #littlehumans 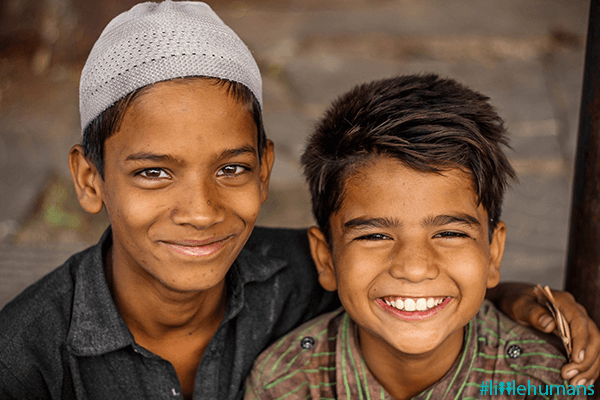 Sitting outside Mekkah Masjid in Hyderabad, two little boys were negotiating about the money in one of the boys hands. “Main iska zyada paisa banaoonga,” said one, trying to place a bet with his friend and get hold of the money. When they noticed me watching them, they looked nervous, worried about their money. But as I smiled at them, I could see a smile on their faces too, almost relieved that their money was safe with them. #littlehumans