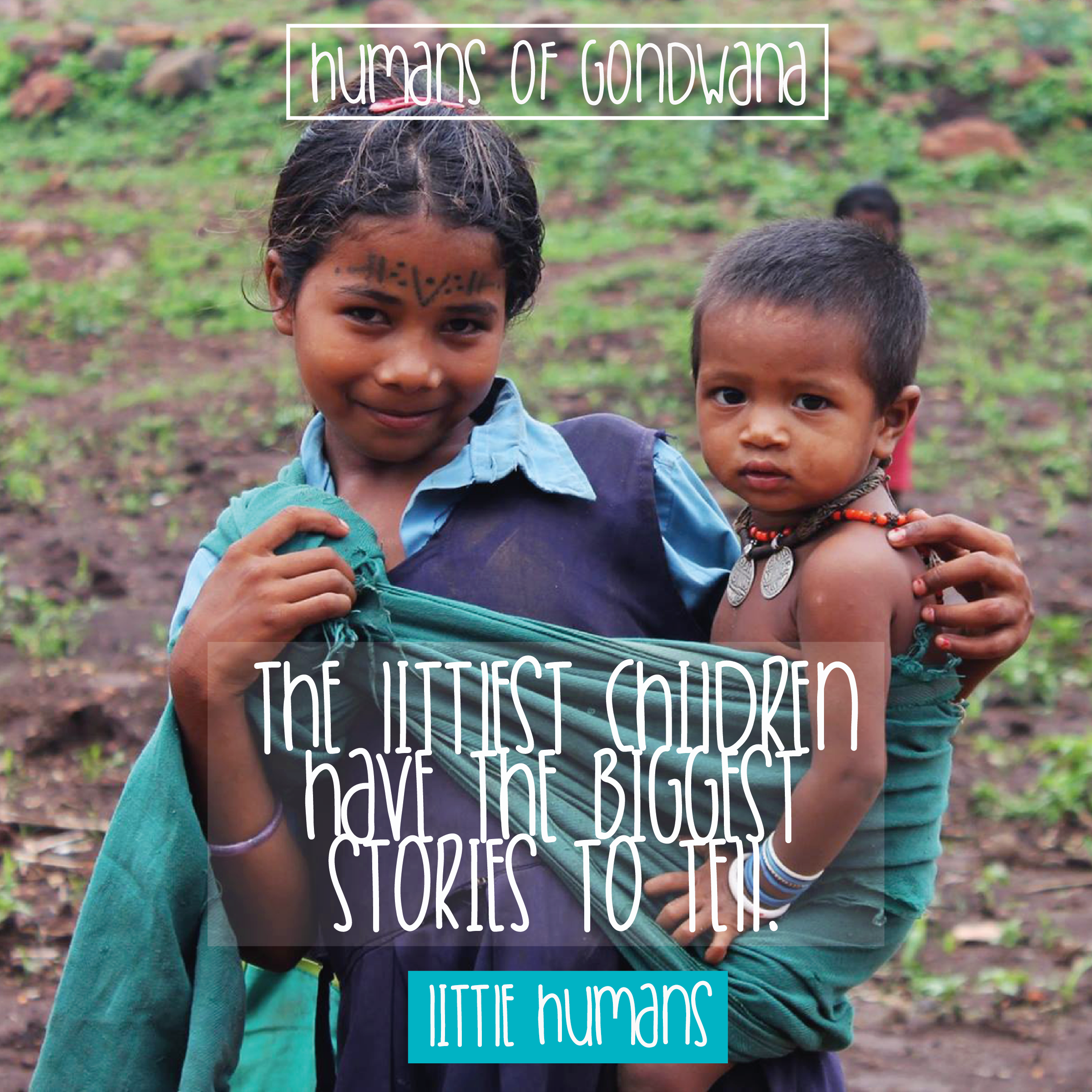 A group of young enthusiasts in Central India, who met as co-workers at a grassroots organization in Chhattisgarh, were inspired by Humans of New York to collectively narrate stories from the tribal heartlands. Their access to the remotest villages, the adivasi community and understanding of the pressing issues surrounding this community, pushed them to give a name and shape to these stories- Humans of Gondwana, a photo project capturing the Adivasis of Chhattisgarh, built on the premise of eradicating misconceptions centered around the Adivasi community. The project that started with the aim to bring every day struggles and triumphs of Adivasis to the fore, now tells the stories of conflict, displacement, atrocities, farming, environment, and advocates the dying culture, traditional practices, food and language, that we think represent the ‘Adivasi philosophy for life and living’.

This week, stay tuned for the stories of Little Humans from Gondwana.