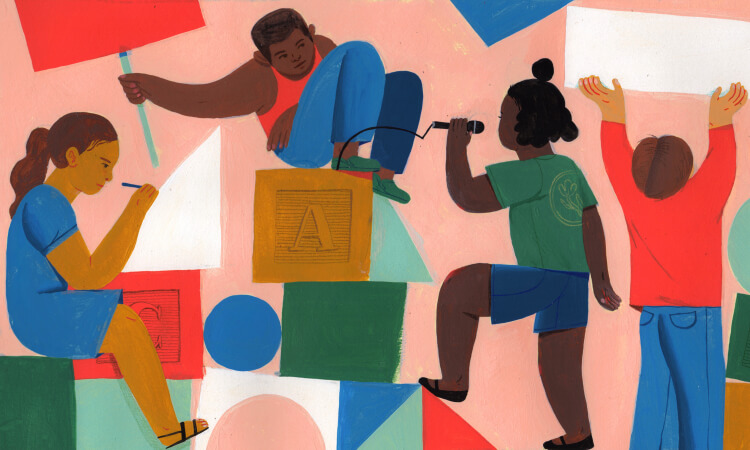 “Children are our future” is a timeworn saying, but in reality, they are hardly ever listened to. Here are some children changing this narrative, quite literally. With their brilliant minds and compassionate hearts, listen to these 7 teens sharing their incredibly brave and inspiring stories on Ted Talks, proving to be leading thinkers and doers in this world.

The tale of Memory Banda is an awe-inspiring one that touches every person who hears it. At age 13, she defied a centuries old tradition in her village called Malawi, when she refused to get married and be sold into an initiation camp.

Memory tells the story of her and her sister, and how they went down very different paths in life, despite growing up in the same family. In her culture, once you a girl reaches puberty it is tradition for her to be sent to an initiation camp. At these camps there are taught how to sexually please men. Her little sister got pregnant while at the camp. She goes on to describe the horror that these girls go through, ending up pregnant and contracting STDs. That was the path her sister was forced to take. Memory chose a different path. When it was her time to go to the initiation camps, she refused vehemently. The women in her village called her stubborn and stupid. ‘You do not respect the traditions of our society. Of our community,’ they told her. But Memory still refused. She had higher aspirations in life. She wanted to get educated, she had dreams she wanted to fulfill.

She wanted change in her society and therefore gathered all the young girls in her village who, like her sister, had been forced to bear children at a young age. They reminded each other how to read and write, and Memory loved that experience, and so did the other girls. They fought their traditional leader and today in Memory’s village, no girl under the age of 18 can be married off. From that day till this day, Memory has continued to fight for the rights of girls.

At the age of fifteen, against all odds, Mansi Mehta finally achieved something she had wanted for a long, long time. She worked with girls in her hometown of Surat, teaching them how to read and write. She runs a foundation to educate girls from marginalized backgrounds and advance her dream for a gender-equal and literate country.

Her story began in her history class, where she learned about Poornima Arvind Pakvasa. Poornima was a freedom fighter at the age of 18 who taught Kasturba Gandhi how to read and write in prison. Something about the tale stuck with Mansi for many years, something she couldn’t explain. On a family vacation, Mansi found herself in the same town as Poornima’s institution. She had no idea what she was going to say or do, but Mansi absolutely knew in her heart that she wanted to meet Poornima. But the guard outside the institution wouldn’t let her. Mansi had a stare off with the guard for nearly thirty minutes, and eventually the guard crumbled under the iron clad will of this eleven-year-old girl and let her in. She spent hours with Poornima, and just as she was about to leave, Poornima leaned in close and whispered ‘I’m passing this to you now. This legacy of getting educated and to educate.’ And that is exactly what Mansi has been doing since the day she met Poornima.

13-year-old Richard Turere is known across the world for his brilliant solar-powered invention, that saved his community in Kenya.

In the Masai community in Kenya, cattle are all important. But lions attacks from the nearby wildlife sanctuary were becoming increasingly common, and the more attacks occurred, the more people’s hopes diminished. When Richard’s family’s only bull had been mauled by the lions, he knew that something had to be done. He had to devise a means by which he could protect his family’s livestock. So, Richard took to lighting flames around the cattle sheds, but that seemed to only aid the lion’s vision. Unshakable, Richard didn’t give up. He began patrolling the area outside the shed in an attempt to stop the lion attacks. He used a flashlight as he walked around but it was when no lions came that night did Richard realize something: the lions were afraid of moving light. Wasting no time, Richard began formulating a plan. He took apart radios and gathered solar powered bulbs and after days of tinkering he devised a system that emitted strobe lights at night, scaring off the lions. ‘Since then, I’ve set up seven homes around my community’ Richard said proudly. Several of his neighbors asked Richard to install the lights near their homes. His invention began being used all over Kenya, and Richard was hailed as a hero.

Brilliance often comes from where you least expect it, and a 12-year-old boy certainly wasn’t expected to be the brain behind ingenious apps. From his love for playing videogames, developing apps to starting his open company CarrotCorps, Thomas is an inspiration to many.

Thomas always had an eye for building things up. He wanted to be able to learn how to code, and wanted to become a prolific programmer. ‘If you want to learn soccer, you could go to a soccer field. If you want to learn to play the violin, you could get lessons. But what if you want to make an app?’ Thomas would not be deterred by the lack of resources and taught himself programming languages like python, java –“just to get the basics down.” It took time and effort, but eventually Thomas created popular apps like ‘Earth Fortune.’ He even convinced his parents to pay the 99-dollar fee on the app store to get his apps on the store. However, he wanted more people to be able to code, since it’s such difficult knowledge to gain. So he started a programming club in school where he taught other students. ‘So I can share my experiences with others’ Thomas said. Thomas continues innovating and be brilliant.

Mental health is often dismissed as nothing more than laziness. It is something we all have, but more often than not, we dismiss it, misuse it or mistreat it. Fizza is a student who loves to travel the world, and as a consequence has learnt the importance of mental health.

Fizza explains that mental health is quietly represented in famous stories and people: like Winnie the Pooh. She explains that the characters show traits of struggling mental health. Winnie the Pooh displays impulsivity like that in OCD. Piglet seems to overanalyze every situation, which is a symptom of generalized anxiety disorder. Tigger is always distracted by the smallest of things, which is a common symptom of ADHD. Mental health has been plaguing millions of children, adolescents and adults all over the world. Fizza asks one simple question: ‘how do we change that?’ The answer to that is awareness. Fizza calls for more awareness of mental health, for its symptoms from the media and social outlets. ‘You are not alone. You have Winnie the Pooh, and Piglet and Tigger and so many more just like you. It can change so much. So much more than we realize’ . She emphasizes that we think that by preventing our children from learning about the basis of mental health disorders in their youth, that we are doing them a favor, for we have granted them an unblemished childhood. The harsh reality is that we end up preparing our children for nothing, and leave them in a state of perplexity, because they are unaware of how to take care of their own mental health.

A ferocious Child Rights Activist, Bipana Sharma has been fighting to make Nepal a more child friendly country since she was eleven years old. She is the proud founding President of Child Club Network Sunwal. She fights to discourage child marriage, child labor, and the discrimination of disabled and violation of child rights in Nepal. Her social mission and movement led to the declaration of her municipality Sunwal as Nepal’s First Child Friendly Municipality.

Bipana was angry and hurt at all the injustice done to the children in her country. They had no rights, no one looking out for them. Bipana realized no bills were being passed, no laws were changing and blaming the government would accomplish nothing. ‘This point became the formal starting of me doing something exceptional. I started working, and that’s how I started breaking the barrier,’ she says. She opened several Child Clubs and has interacted with over 1 lakh children both nationally and internationally, and continues to make her country a more accepting place for children.

Karim is an incredibly intelligent student who dedicated his life to fighting for causes he believes are just. He is President of the Student Council; he co-chairs the school’s Model United Nations club.

‘It’s become such a global issue; a global phenomenon that it’s slightly become impersonal. The youth especially don’t feel in touch with it, they don’t see a personal aspect to it. They see it as “not my problem”’ Karim says, outlining the dangers of climate change. He believes that his generation haven’t been as invested in this global catastrophe as much as they should have been, especially considering it affects them and their future generations the most. Karim entreats his fellow youths to consider the looming threat of climate change, and all the destruction that it will reap, and appeals to them to join the fight to stop it.