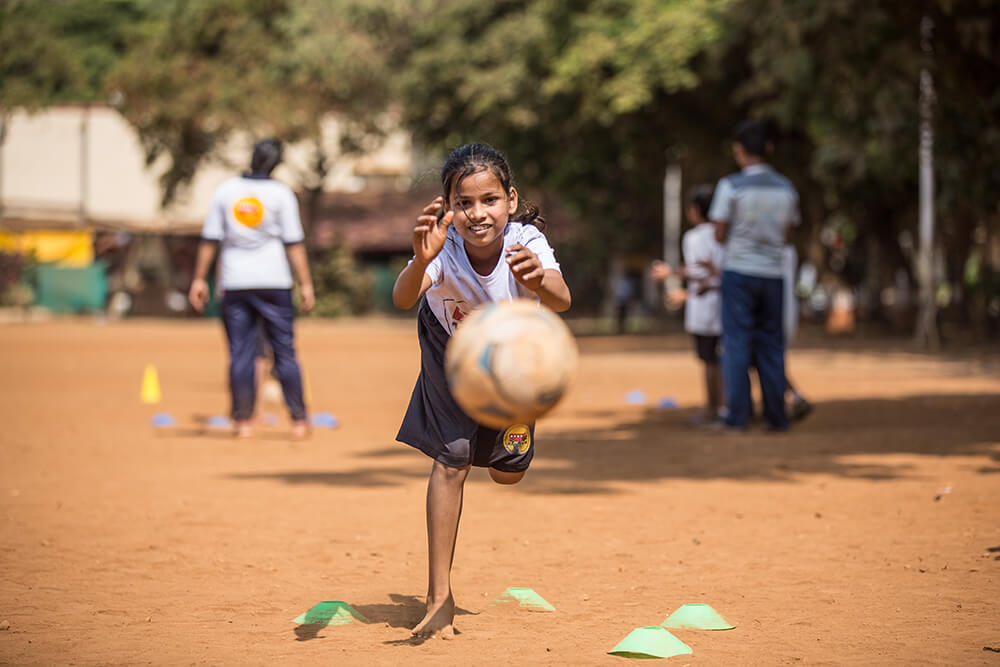 Article 31 of the Convention on the Rights of Children pertains to the child’s right to rest, leisure, play, recreational activities and free and full participation in cultural and artistic life. Concerned that the article was neither fully understood nor engaged with, particularly by governments, the Committee on the Rights of the Child produced a General Comment in 2013 that fully explains Article 31 and details the kind of support children require in order to be able to access this set of rights.

The general comment takes each word of the Article, and explains its meaning. For instance, recreation is explained as a “broad umbrella term for voluntary activities or experiences chosen by the child for immediate satisfaction or perceived personal or social value. While many such activities may be organized and managed by adults, recreation should be a voluntary activity.” In addition, it surfaces the fact that the Right to Play is differentially available to children basis their contexts – children who live in areas characterized by conflict, children of families that are migrant/ refugee – and identities -age, gender, race, caste, class and ability.  It recognizes challenges in implementation such as unsafe spaces, the marketing and commercialization of play, the pressure put on children for educational achievement and a resistance to children’s use of public space. 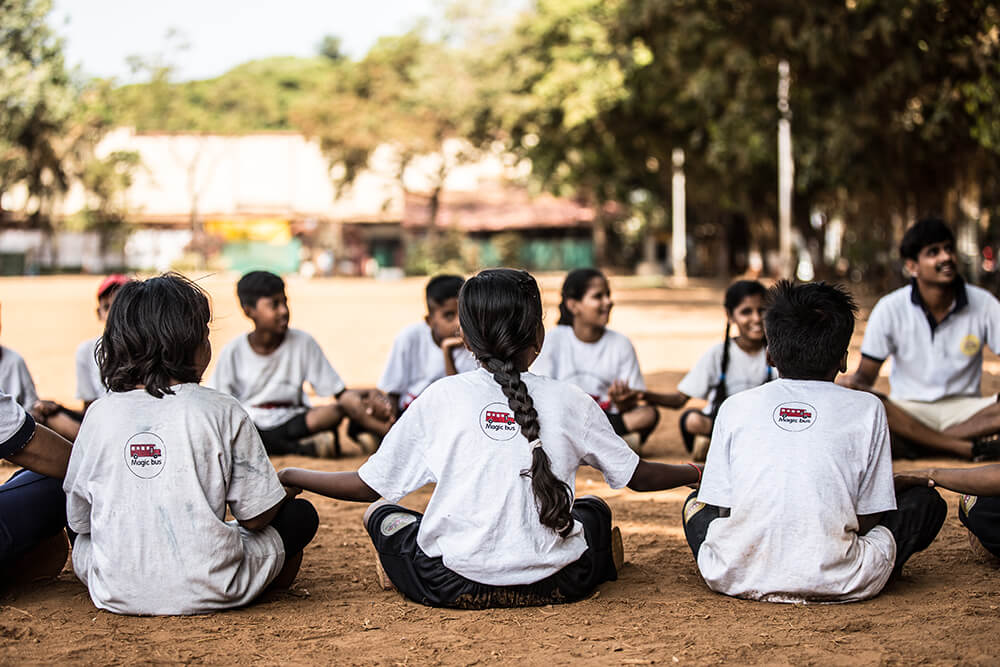 Finally, it clearly articulates government responsibility towards enabling this set of rights – the obligation to respect Article 31 (by challenging cultural attitudes that might undermine these rights); the obligation to protect Article 31 rights (through legislation, regulation, promotion of online access and safety, review of policies related to commercialization of toys and play and effective child protection mechanisms for those children who feel that their rights under Article 31 have been violated; and the obligation to fulfil these rights (legislation, data collection, inter-departmental collaboration, budgets, design that promotes inclusion, appropriate school environments and training for those who work with children).

Magic Bus India Foundation began to use play as the primary medium to engage with children, 20 years ago in 1999. At the time, and indeed even since then, most Indian adults are unsure how much play is suitable, relevant or necessary for children. The focus in India has always been on glaring conditions of poverty that make education, health and safety feel far more urgent and important, vis a vis play. Over time, the organization has been a critical stakeholder in influencing the practice of using play as a medium to enable better education and health opportunities for children.

For instance, in poor neighbourhoods in urban India, a primary obstacle for the actualization of Article 31 is access and attitude – there are no playgrounds; the small empty spaces in the community are characterized by garbage that is rarely removed by the municipality; the little space that is left is usually taken up by older adolescent males and young men who often use it to smoke, consume drugs and alcohol or partake of collective activities that may or may not be socially desirable. Younger boys and girls of all ages simply do not have access to these spaces. 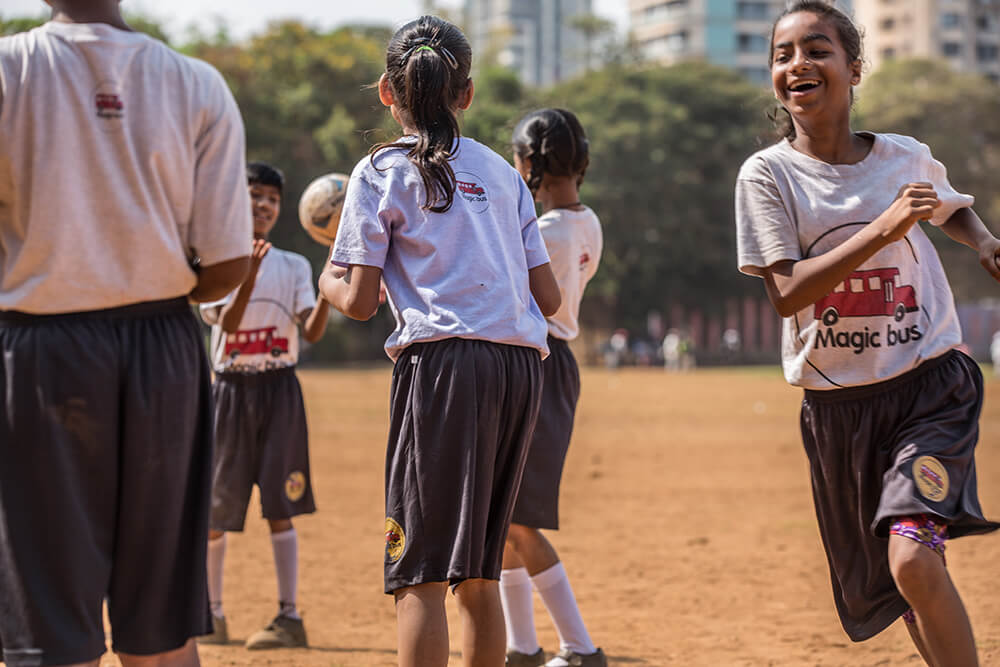 In 2010, in a study that used participatory tools to assess the impact of the Magic Bus intervention in two such communities, all those who were part of the programme were found to be participating in a minimum of 2 hours of play per week, while 22% of those in a corresponding control group did not get to play at all. A daily activity chart exercise with both treatment and control groups, divided into older and younger adolescents with age 14 as the mid-point revealed that as girls move beyond the age of 15, very few continue to play. Interestingly, among the boys, the control groups seemed to spend more time playing, while among the girls, those in the older cohort in the control group got absolutely no play time, versus the minimum 2 hours that Magic Bus girls got.

The report said, “Children who are with Magic Bus show awareness that playing a sport can teach valuable life skills. These include not teasing the losing team, how to deal with pressure, time management, mutual respect, the importance of listening and concentration, encouraging each other and ‘imandari’ (honestly). Respondents in the control group mentioned that sports teaches them perseverance (“gir ke phir uthna”) and solidarity. Both groups acknowledged that playing/participation is more important than winning.”

This last statement is most significant – children know and understand that play teaches many things, but most of all, that participation in more important than winning. It is an aspect of Article 31 that is most underserved in our current national and international contexts, and that those invested in teaching-learning processes are increasingly reverting to. 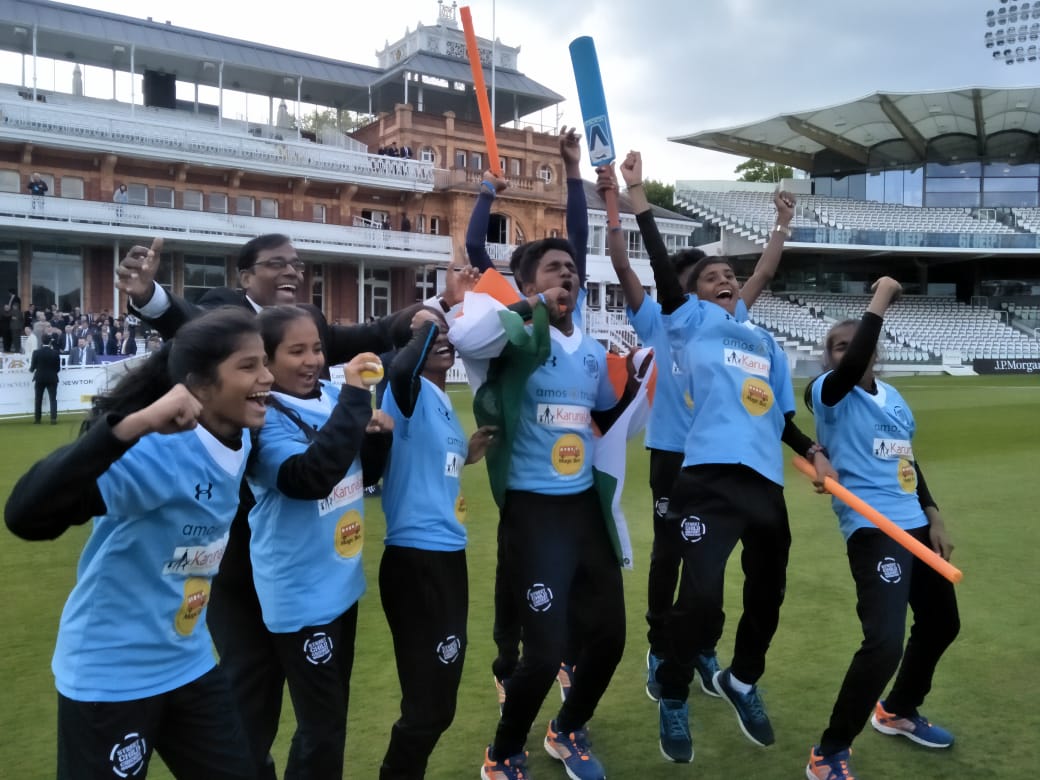 Across the programme and over the past two decades, evaluations have shown that play does tend to enable greater self-confidence, particularly among girls. In May 2019, a team of girls and boys from the programme in Mumbai and Chennai formed Team South India and participated in the Street Child Cricket World Cup in the UK. They returned as champions and came into our Mumbai office triumphant, bearing aloft their trophy and clad in their team uniforms. The whole office gathered to listen to them speak – about how they barely knew the game when they started, how tough training was at times, how awful the food was overseas, and how they worked step by step, keeping their focus intact and most important, backing each other. One person on the team even returned with the Fair Play award for the tournament – at the final, the teams stood for the national anthems. He was the only one who stood to attention for the anthems of both countries in the final.

It is these and other stories, even more than the data, that keeps the Magic Bus programme rooted in activity based learning.

Over the past two decade there have been several other players in the Indian context who enable playing conditions for children. There are those that build inclusive playgrounds (Kilikili in Bengaluru), those that use play and art to build life skills (Dream a Dream Foundation), those that use sport to encourage school participation (Oscar). In addition, the CII and the Government of India have together launched the Khelo India campaign. And Magic Bus? Magic Bus has committed to working with teachers enabling them to use the Physical Education period effectively and institutionalise life skills learning through play for over 1.5 million children over the next five years!