Heavy monsoon rains have paralysed Mumbai city once again. Flooded, waterlogged streets, collapsed homes and shanties, disrupted land, air and road traffic, and shut schools, are becoming the norm with each passing year, and the city struggles to cope with the annual torrential rains.

“Mujhe bahar nikalo,” was the repeated plea of a 15-year-old girl stuck under the debris of a collapsed wall in Malad, who didn’t make it after hours under the debris. A 3-year-old boy was amongst the three people who lost their lives when the wall of a school crashed their homes in Kalyan. And the stories of childhoods affected by the uncontrollable climatic changes, are becoming commonplace, as the epic floods become part of the landscape.

With many children unable to make it to their exam centres, parents wading through knee-deep water to fetch their children from school, school bus routes changing to avoid collapsed bridges, laboring through flooded streets to make it home, contracting water-borne diseases, stranded with strangers across the city, and coming home to washed away personal belongings, coping with floods is only just the beginning.

Here’s a photo-essay of children attempting to make their way back home, as the Mumbai Rains bring their daily lives to a standstill.

Children walk in knee-deep water near a dangerous man-hole 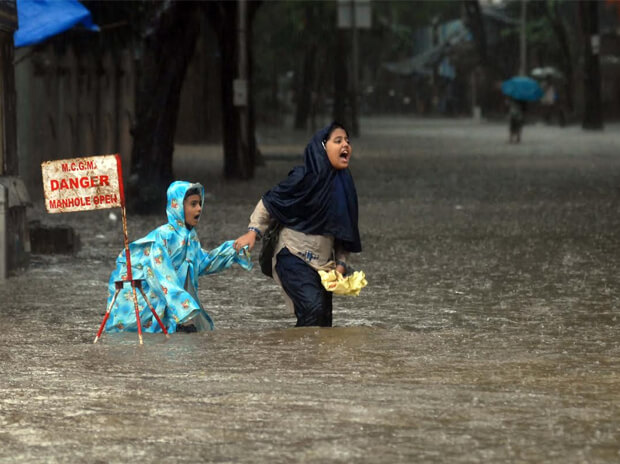 Returning from school in Kurla, boys share their umbrella as a cover from the torrential rains 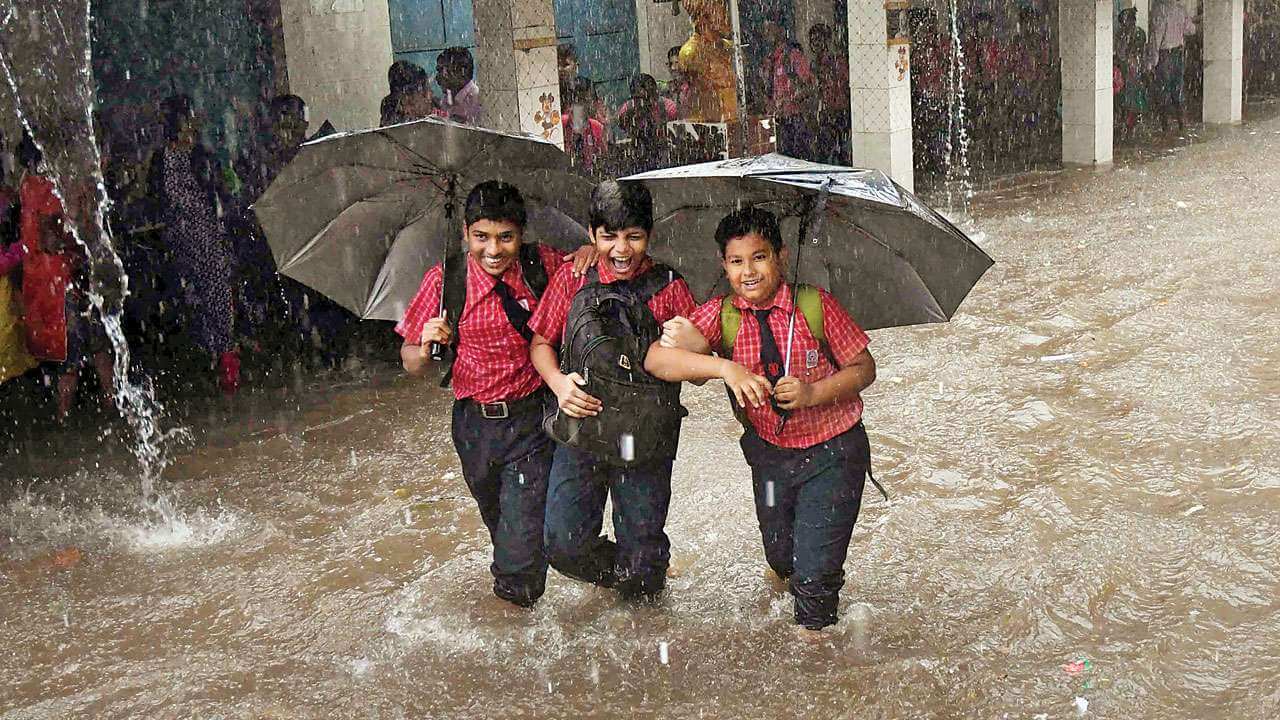 Children play in a puddle of water outside their school in Dadar, as they wait for their parents to arrive 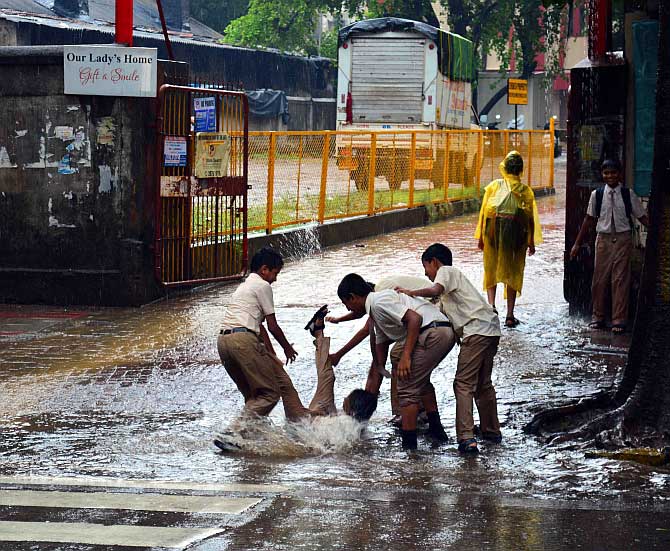 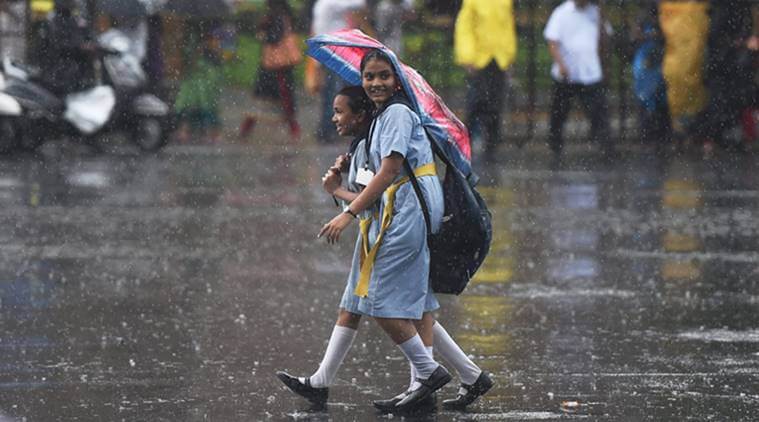 A boy carries his little sister, as he stumbles through Mumbai’s flooded streets 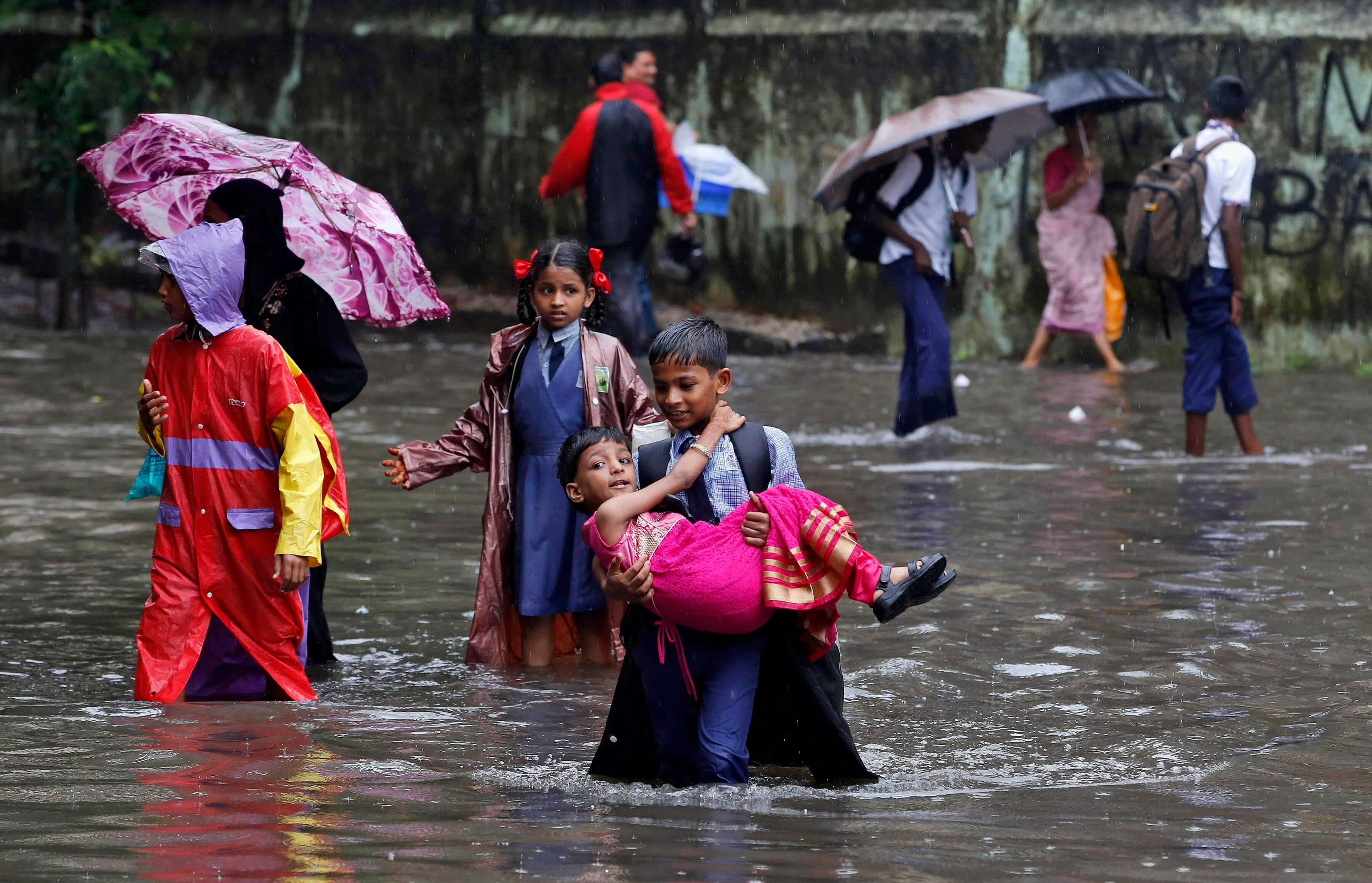 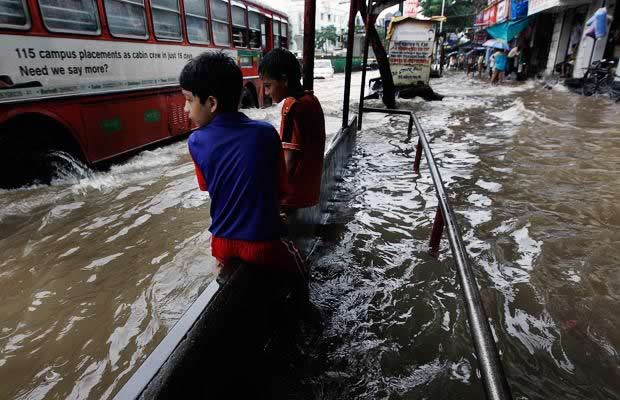 With no help in sight, children wade through Dadar’s submerged streets 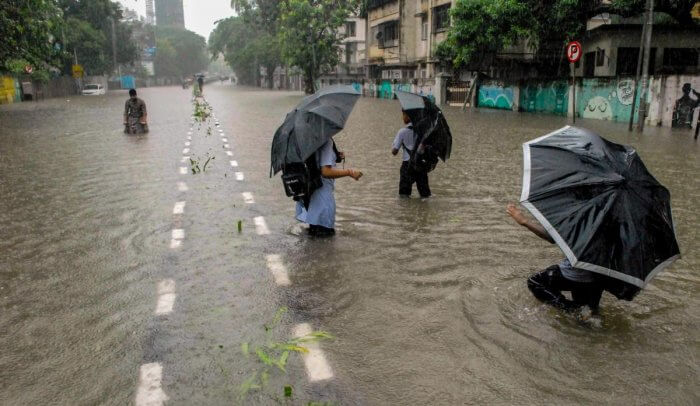 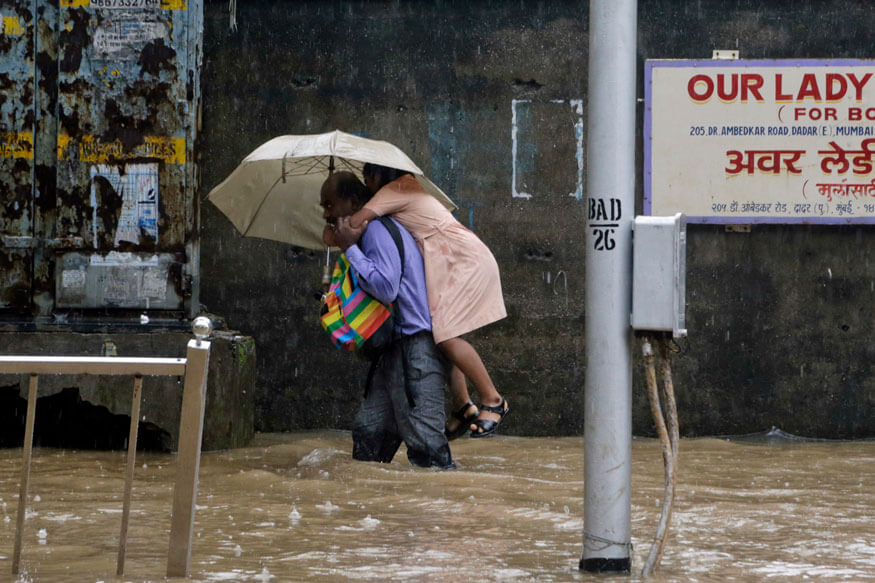 With announcements of schools being closed, students in Sion head homewards 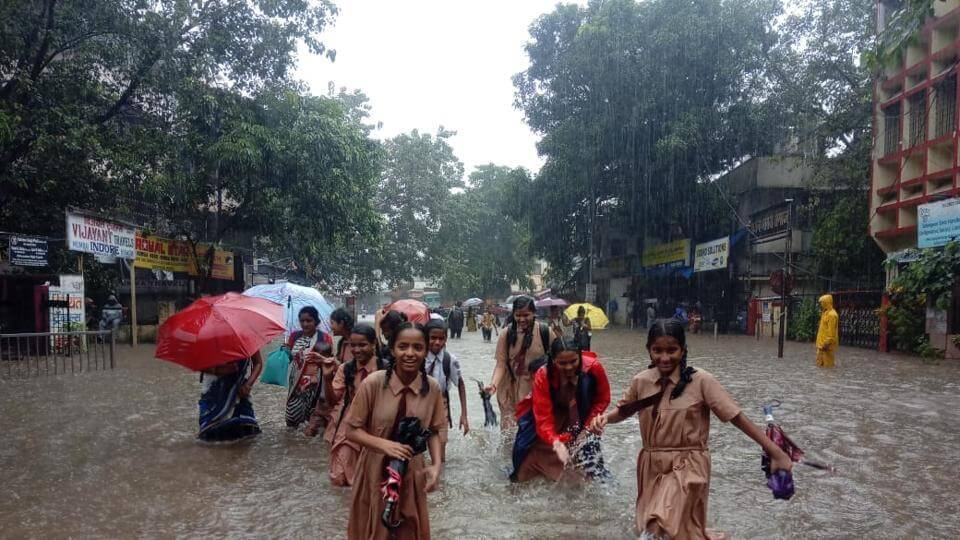 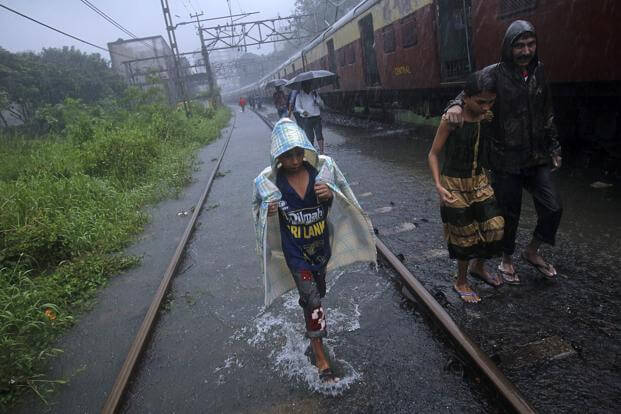 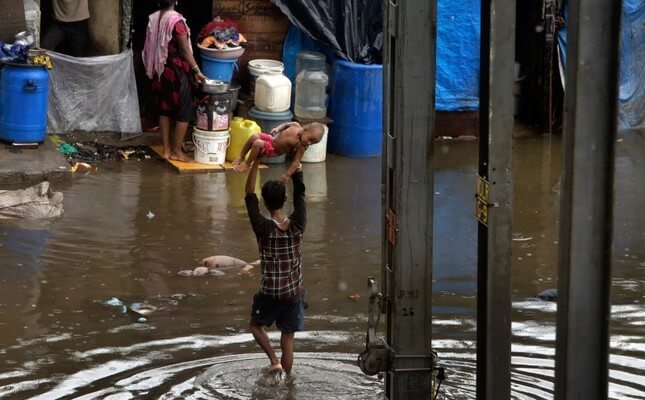