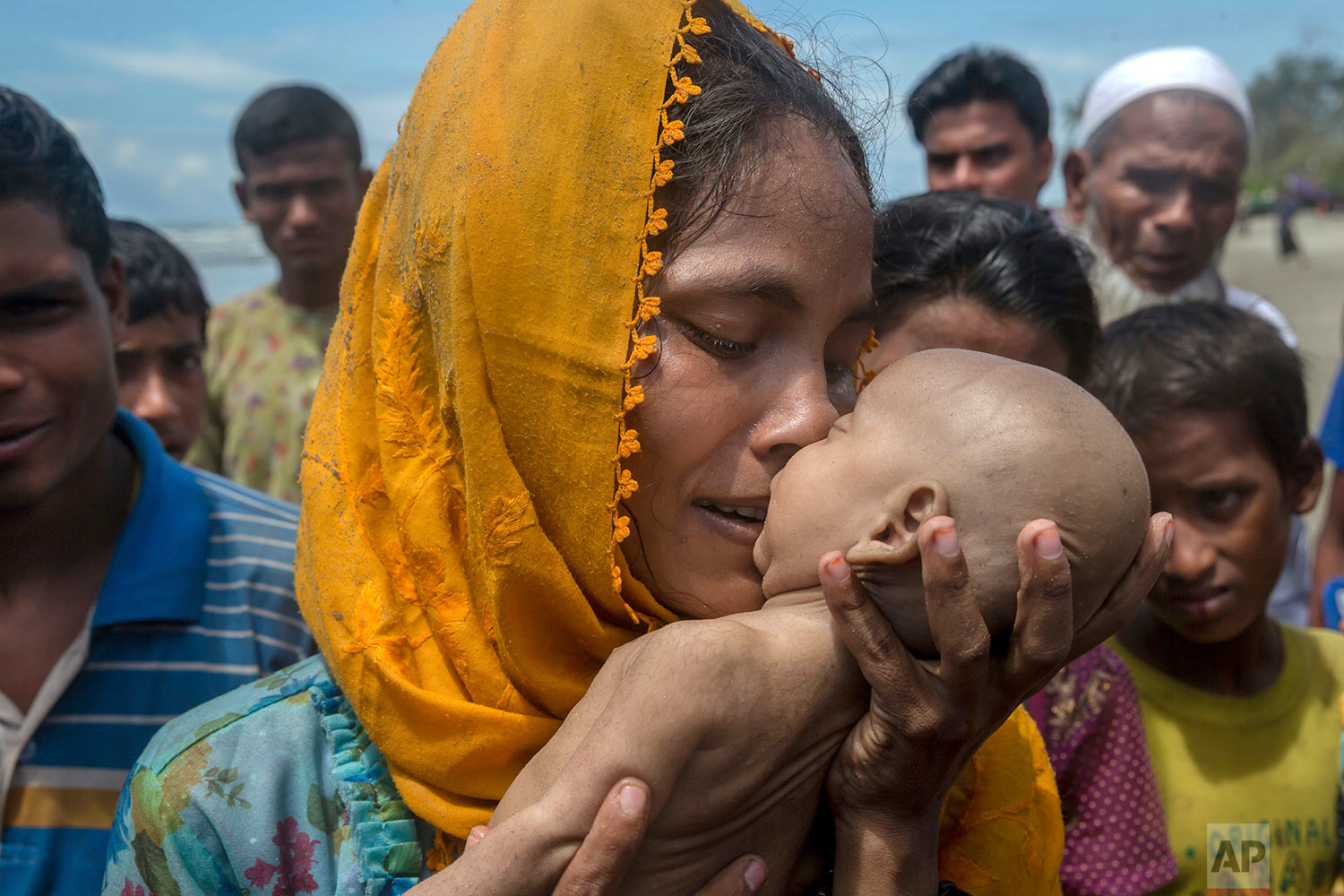 One of the world’s largest developing refugee emergencies is at Cox’s Bazaar in Bangladesh, with children at the heart of it, 60% of the total count. But beyond the large numbers of children are their heartbreaking stories, of loss, suffering, violence, torture and rape, being narrated by scores of journalists who poured into Bangladesh’s Southeast refugee camp.

“That entire boatload of people will haunt me always. That image of Hanida and that hour with those refugees still gives me goosebumps. To flee from mindless violence, to seek safety in a boat, to have the boat capsize and then to mourn one child and be thankful, at the same time, that at least one child is still with you. This image, for me, is the price I pay to bear witness to a human condition that has always existed: persecution and fleeing and never belonging,” writes Dar Yasin in his piece for TIME, “These People Don’t Have Time To Mourn”.

This #WorldRefugeeDay, here are photos of the tragic Rohingya exodus through Dar Yasin’s lens, that act as a reminder of the catastrophic childhoods of millions of children who are still living as refugees.

Read our blog ‘7 Instagram Accounts That Will Make You Look At The Rohingya Crisis Through A Child’s Eyes’.

Scenes of Rohingya Muslims who crossed over from Myanmar into Bangladesh on a boat in search of safety, Sept. 14, 2017. | AP Photo/Dar Yasin.#Mayanmar#refugees#death#Burma#Bangladesh#

Rohingya Children. Children make up about 60 per cent of more than 420,000 people who have poured in to Bangladesh over the last four weeks — Rohingya Muslims fleeing terrible persecution in Burma.They have seen family members killed and homes set on fire. They have known fear and terror. And they have endured dangerous journeys through forests and on rickety boats.Sometimes they’ve done it alone. UNICEF has so far counted more than 1,400 children who have crossed the border with neither parent.Now they’ve traded the fear and terror of Burma’s northern Rakhine state for the chaos of refugee camps in Bangladesh. Tens of thousands of strangers live cheek by jowl in normally uninhabitable places that are hardly the safe havens to nurture a childhood.Burma#Mayanmar#Bangladesh#children#refugee#persecution#killing#genocide#camps#risk#

Rohingya cry for 'motherland' at Kutupalong refugee camp, Bangladesh. The young Rohingya Muslim boy recites verses from the Quran in a small, crowded tent that serves as a madrasa in the Kutupalong refugee camp in Bangladesh. Then Sheikh Ahmad lifts his hands in prayer and the tears begin to flow. He prays for those killed in the violence that his family escaped, among the hundreds of thousands of Rohingya who have fled from Myanmar to Bangladesh over the past month. Back in his family's tiny shanty, he plays with his sisters. When i asked him why he wept, and the tears seep through again. "I'm crying for my motherland,he said.#Burma#Mayanmar#Bangladesh#children#refugee#persecution#killing#genocide#camps#risk#cry#motherland#

Thaingkhali refugee camp, Bangladesh. UNICEF says the children who make up most of the nearly 600,000 Rohingya Muslims who have fled violence in Myanmar are seeing a "hell on earth" in overcrowded, muddy and squalid refugee camps in neighboring Bangladesh. Children account for 58 percent of the refugees who have poured into Cox's Bazar, Bangladesh, over the last eight weeks. (AP Photo/Dar Yasin)#motherland#genocide#refugee#risk#camps#hell#unicef#Rohingya#burma#myanmar#Bangladesh#refugees#children

Scenes at refugee camps of Rohingya Muslims who crossed over from Myanmar into Bangladesh in search of safety. AP Photo/Dar Yasin.#Mayanmar#refugees#death#Burma#Bangladesh#

Scenes at different Rohingya refugee camps Recent violence in Myanmar has driven hundreds of thousands of Rohingya Muslims to seek refuge across the border in Bangladesh. But Rohingya have been fleeing persecution in Buddhist-majority Myanmar for decades, and many who have made it to safety in other countries still face a precarious existence. (AP Photo/Dar Yasin)#Rohingya#refugees#camps#Myanmar#Bangladesh#Killings#

Dar Yasin is a Pulitzer Grantee and Associated Press photojournalist based in Indian Kashmir.