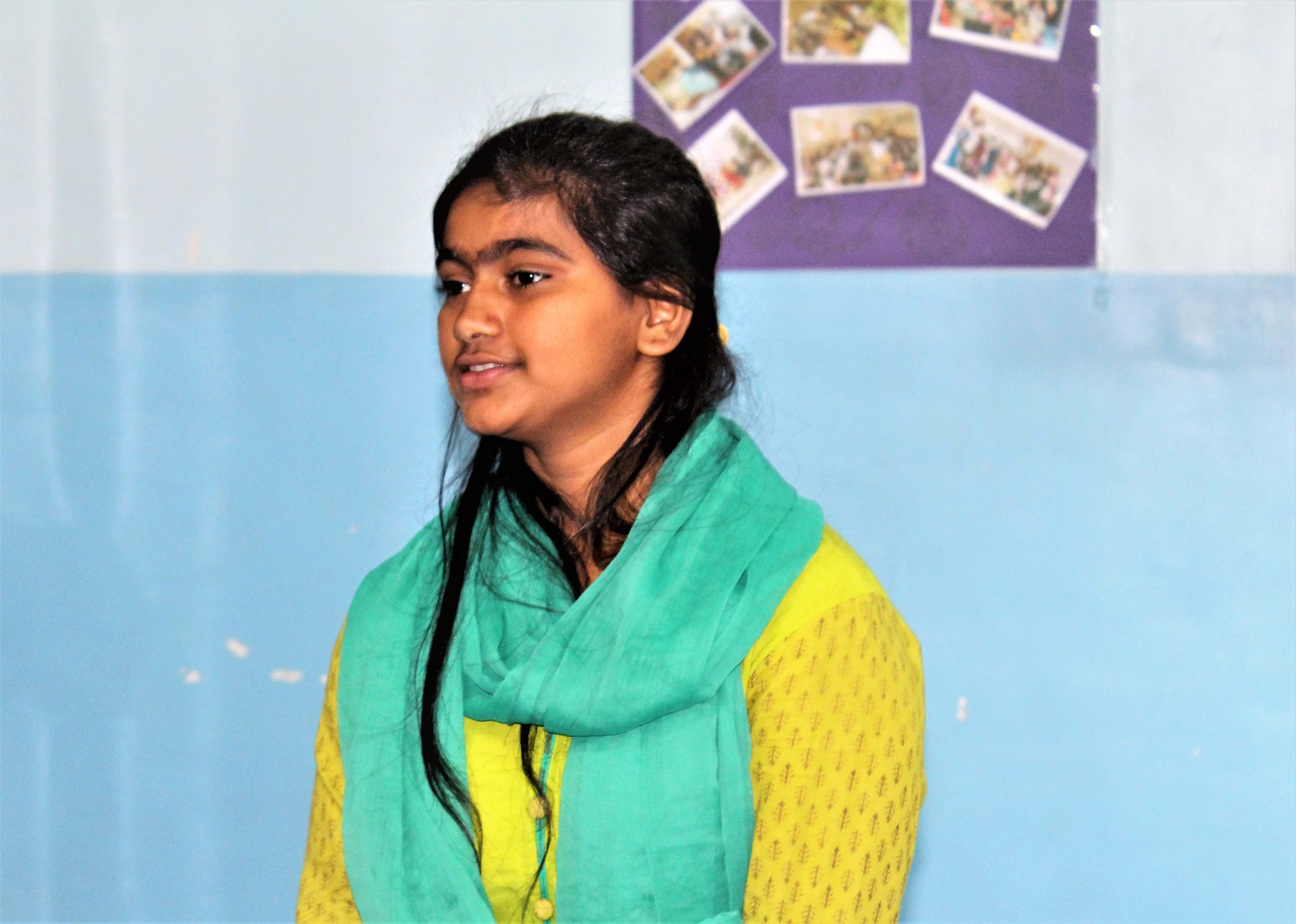 “In life I must not limit my challenges, I must challenge my limits to make my vision into a reality.” says Zannat Ansari, a 12 year old girl living close to Maratha Mandir in Mumbai. Zannat’s father left home when she was just 10 years old, and she now lives with her mother who works as a domestic worker in the neighbourhood.

From younger days, Zannat has learnt to live alone at home, despire her grandparents living in the same community. Due to mounting family issues and financial constraints, she was left with no choice but to drop out of school and start helping her mother, a dream forsaken for her.

Save the children in partnership with Hamara Foundation, met Zannat who expressed her wish to study. She was admitted to night school, where she thrived. She was also trained by the organization on journalism, and become a child reporter.

Eventually, Zannat started writing stories of children on the streets and got her work published in quarterly newsletters. She was trained on child rights and other subjects, to build her knowledge and make her a more proficient writer. 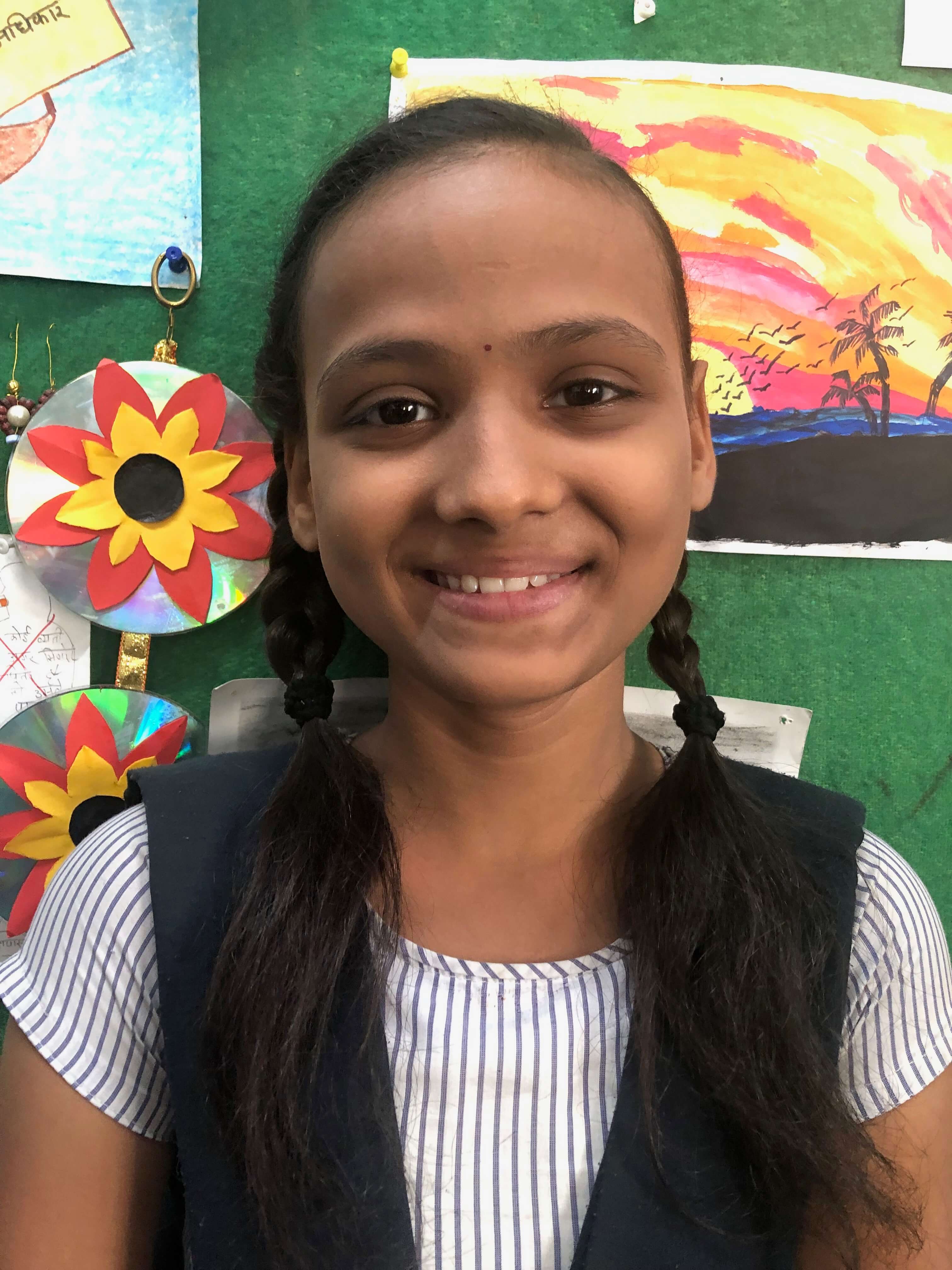 Studying in Grade 9 at Tardeo Municipal School, 14 year old Sonali Satkar has lived her life in on the neighbourhood footpath. Her father works as a Coolie and her mother works as a domestic worker, to make ends meet.

Due to her parents being away at work all day, Sonali was put in charge of looking after her 3 younger siblings and managing household chores. As a result, she was irregular at school and wasn’t receving an education.

With intervention from Save the Children in collaboration with Hamara Foundation, Sonali was reintegrated into school. Her association with the NGO’s put her in touch with a host of cultural, educational and sports activities that futher encouraged her to want to pursue her education. Sonali is good at a host of things – From football to dancing, she has participated at all possible events and shown great enthusiasm.

Today, she has been acquainted with the rights of children, and talks about it in her community, equipping people to address and act on violations against children. Sonali dreams of becoming a teacher some day. 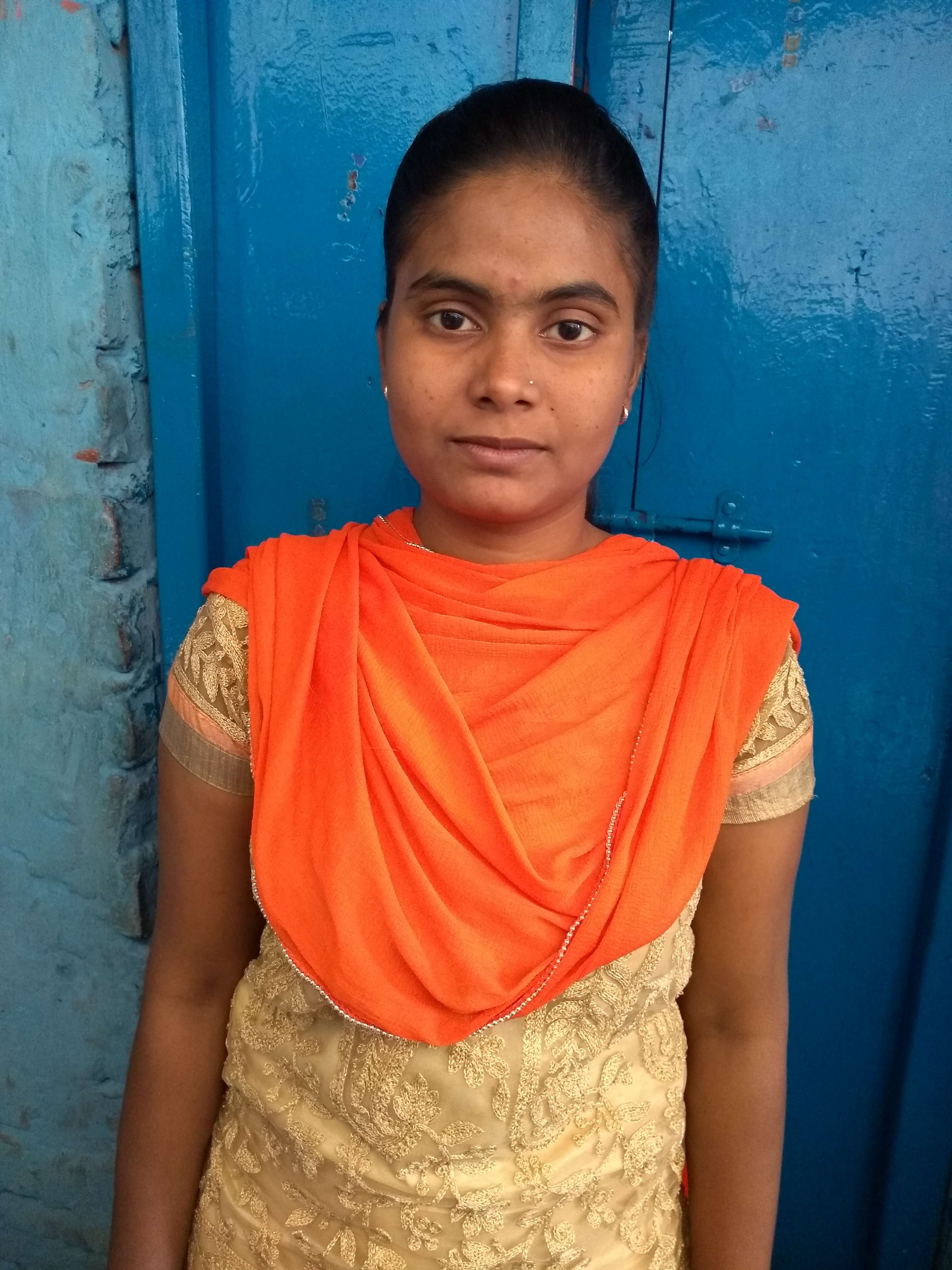 This young girl aspires to make a change in the lives of people, by becoming an educator. Like Malala, she believes that “One child, one teacher, one pen and one book can change the world. Education is the only solution.” Jyoti’s indomitable spirit pushes her to pursue her dream, by taking small steps, towards change in her society.

16 year old Jyoti lives in a very small room in Kolkata with her parents, 4 sisters and 1 brother. Her father works as a carpenter and her mother is a house wife. One of her elder sisters is married and the other siblings are studying in a local school.

This young girl, multitasks to ensure she managed to study and to help out with household chores. Not only does she only offer a hand in the house work, but also supports herself financially by conducting tuition classes at her home.

Jyoti’s home is marred by a host of health hazards. Besides having to share toilets with the numerous neighbours in the society, the toilets been unclean, poorly managed add greatly to her susceptibility towards many illnesses. The neighbourhood also lacks access to clean and safe drinking water, an additional threat to her well-being.

But, Despite these hurdles, Jyoti remains spirited and motivated to keep going and building a better future for herself. She is an active learner in sessions conducted by Save the Children and Hamara Foundation, on disaster preparedness under the Urban DRR initiative. She has also actively contributed to developing the community disaster management plan along with her peers and community members.

This self-driven girl is adamant on creating good practices for her community to keep it clean, healthy and safe from preventable risks.

Jyoti is respected by many in her community, for acting as a shining star and giving hope to many people around her, and working tirelessly to overcome dire challenges and change the world. 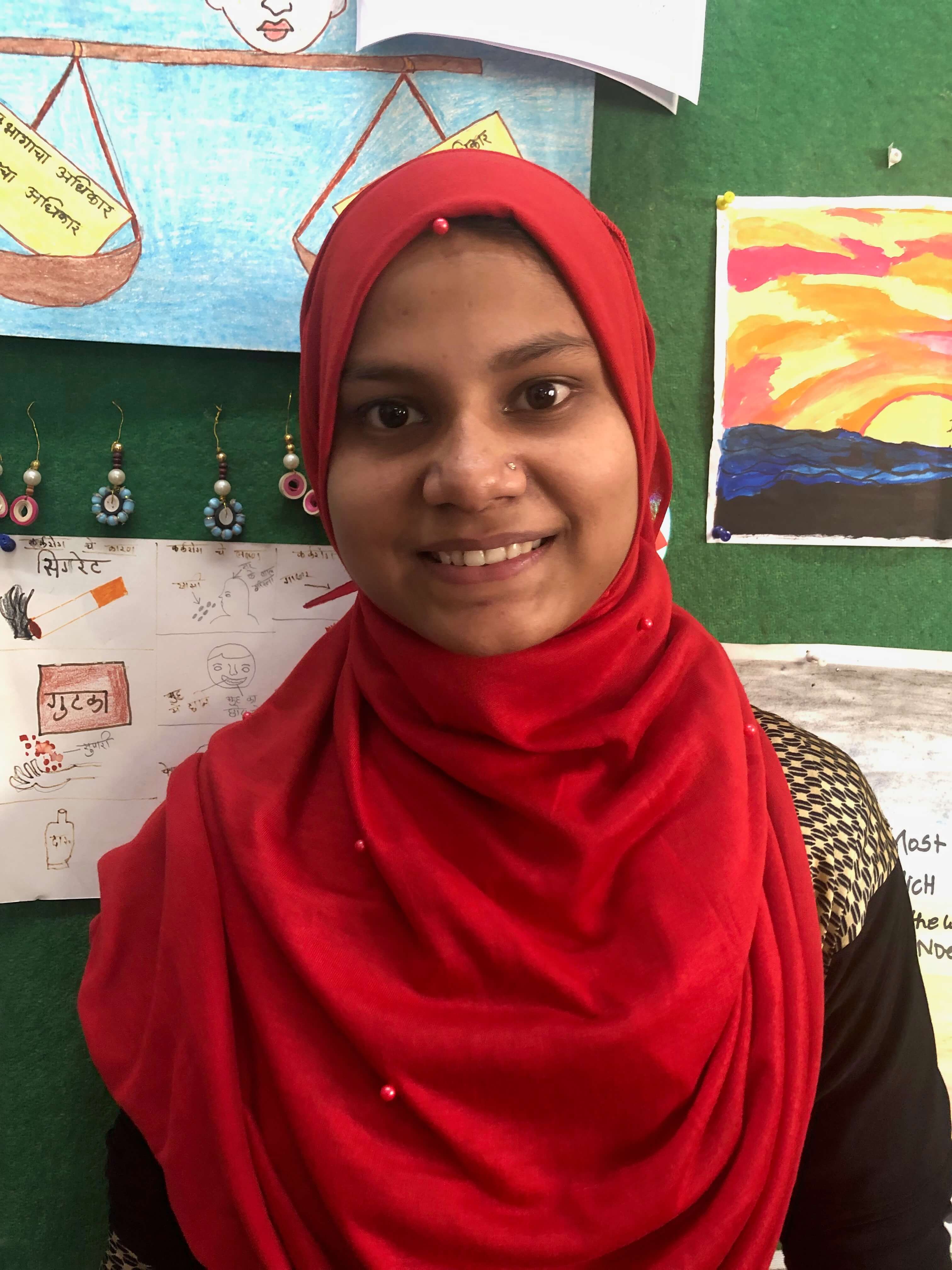 For the past 17 years Farzana has been living on the street at Maratha Mandir in Mumbai. She lives at this Zhopad Patti with her parents and 4 siblings (2 brothers and 2 sisters) who migrated from rural Bihar to make a living in the big city. Today, her father is a driver and her mother is a domestic worker who works at 5 households to make ends meet. On an average, her mother earns between INR 3000 to INR 4000 per month.

Every six months, Farzana’s home is demolished by the local municipality, often without prior notice. Due to this, her family lost their belongings several times. Without any alternative, they rebuild a temporary home again and start living there.

The youngest of 5 siblings, Farzana was fortunate enough to encounter Hamara Foundation, a organization working dedicatedly for street children. From there on, her life changed dramatically, and she began working for children like herself. Farzana has also opened up and explored her love for sport, especially kho-kho. She has played on behalf of her school and won various medals and trophies for the same. Despite her difficult circumstances, she remains unstoppable on the field.

Today, with help from Save the children in partnership with Hamara Foundation, Farzana excels on the field. She has also secured an Aadhar card, that finally helps her get access to publi services. 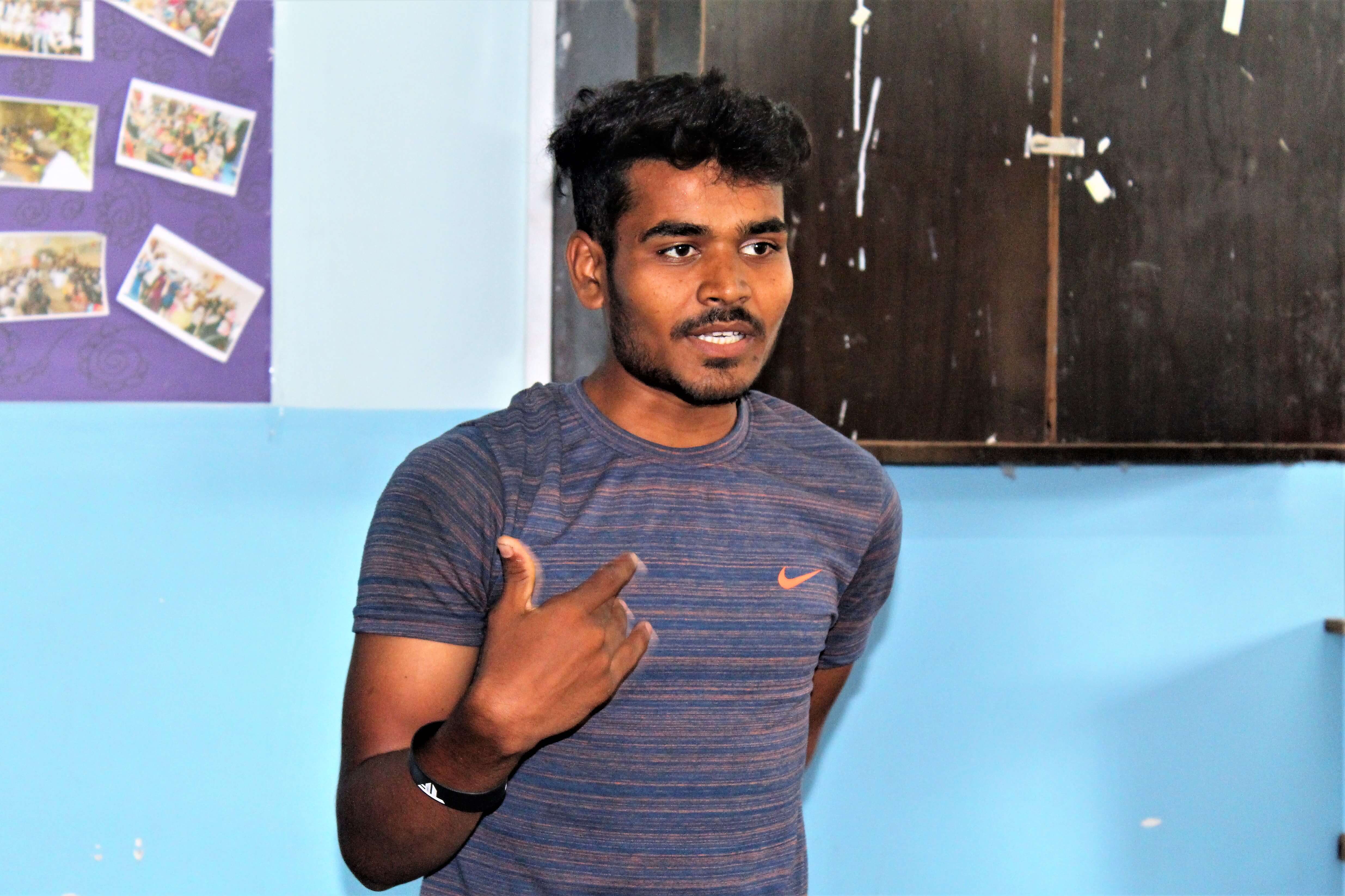 “The idea of a building a robust community and helping people has been an integral part of my identity. I will work hard and follow my dreams to become the best at what I want to do.” says the young boy who lives through trying times, but never gives up.

Jalendra Gupta, an ambitious 18 year old boy, living in the city of Mumbai. He lost his siblings in an tragic incident, and is now the only child to his parents. Jalendra’s mother lives in a village in UP, while his father is a truck driver. Being an alcoholic, his father is often out of jobs, putting the responsibility on young Jalendra.

Home for Jalendra is a small space under a large flyover in bustling Mumbai city. Night and day, he is exposed to noise, pollution, vehicular exhaust, poor health and sanitation conditions and also no access to social protection or any basic services. To add fuel to his already difficult circumstances, he is often evicted and chased away from the home he has built, by the BMC, losing his personal belongings on a regular basis. Jalendra has to pay hefty fines to get back his books and study material, to educate himself further.

Every day, Jalendra has to walk for 15 minutes one way to use a municipal toilet, where he is charged for a public service. Jalendra faces numerous challenges and setbacks each day, but he reads the word impossible as “I’m possible”.

Jalendra takes his ambition to become an engineer, very seriously. He strives to get good grades, and has done so till class 10. He continues to work very hard to get an even better score in grade 12. Besides being academically inclined, Jalendra also excels at art. He loves drawing and wins numerous competitions. He is also an avid public speaker, motivator and has published his work as a child news reporter.

Jalendra’s association with Save the Children & Hamara Foundation (Partner organization) since his adolescence, has helped him steer in the right direction. He received support for tutoring, and also consistent check for his participation. He also participates in events and activities organized by them, that help hone his skills. He has grown in confidence, polished his artistic skill, worked on his public-speaking, learnt about financial responsibility, and leadership. He also received support for all his medical requirements.

Jalendra is an inspiring example for many young boys and children.