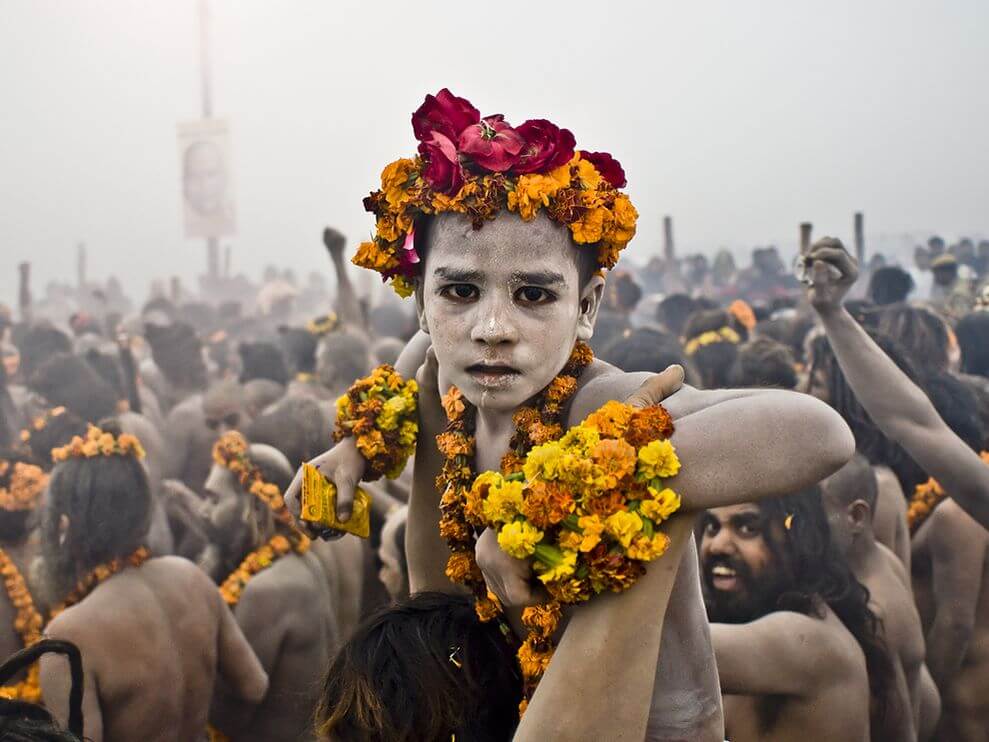 It’s happening right now, and it is the Ardh Kumbh Mela festival in Uttar Pradesh, India, the world’s largest religious gathering, and possibly the largest congregation of human beings in a single place. Amongst millions of devout pilgrims are also present numerous children. Some coerced to collect alms, others taken to be purified, yet others employed to keep the rivers clean. While they mostly remain out of our peripheral vision, their presence raises significant questions on the role we ascribe them, in the world of religion.

Here are some photos on how young children participate in religion, under the guise of faith, not understanding why, yet, defining their association to religion for the rest of their lives.

A newly initiated child monk puts on a turban, in a tent erected along the riverbanks at the Kumbh Mela 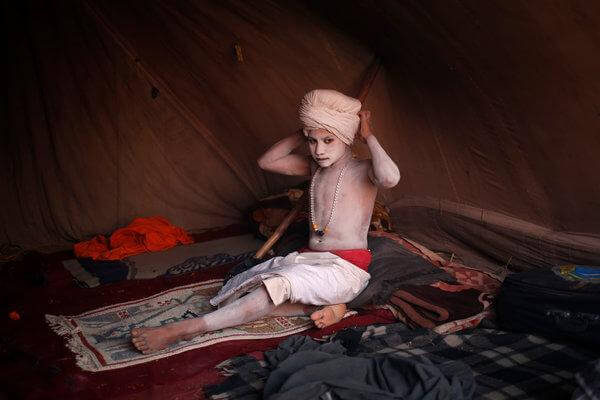 Another young boy, preps for the day to follow… 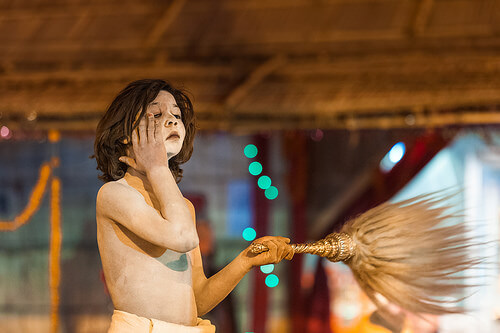 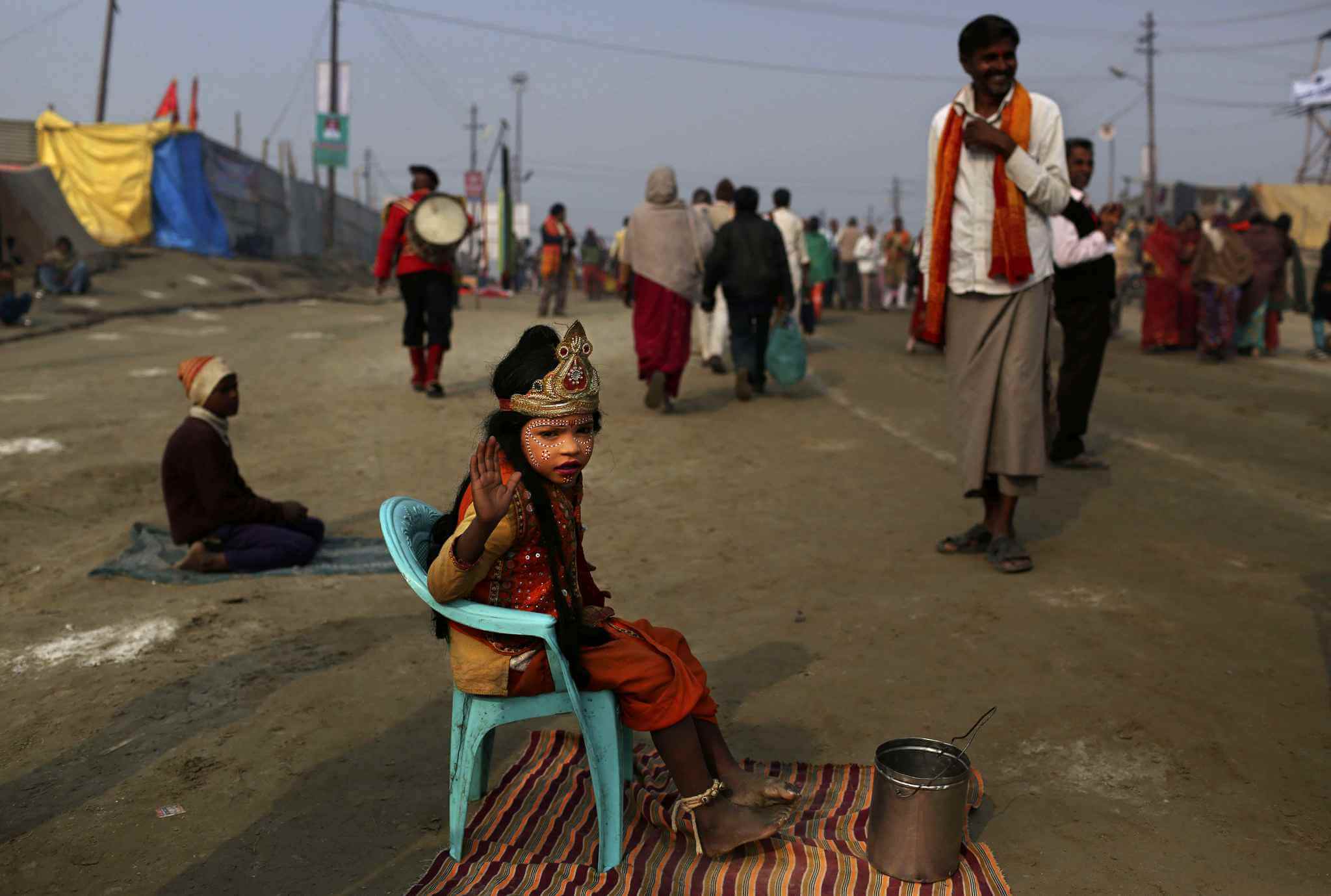 Another, makes her way to this large gathering in the hope to make some money 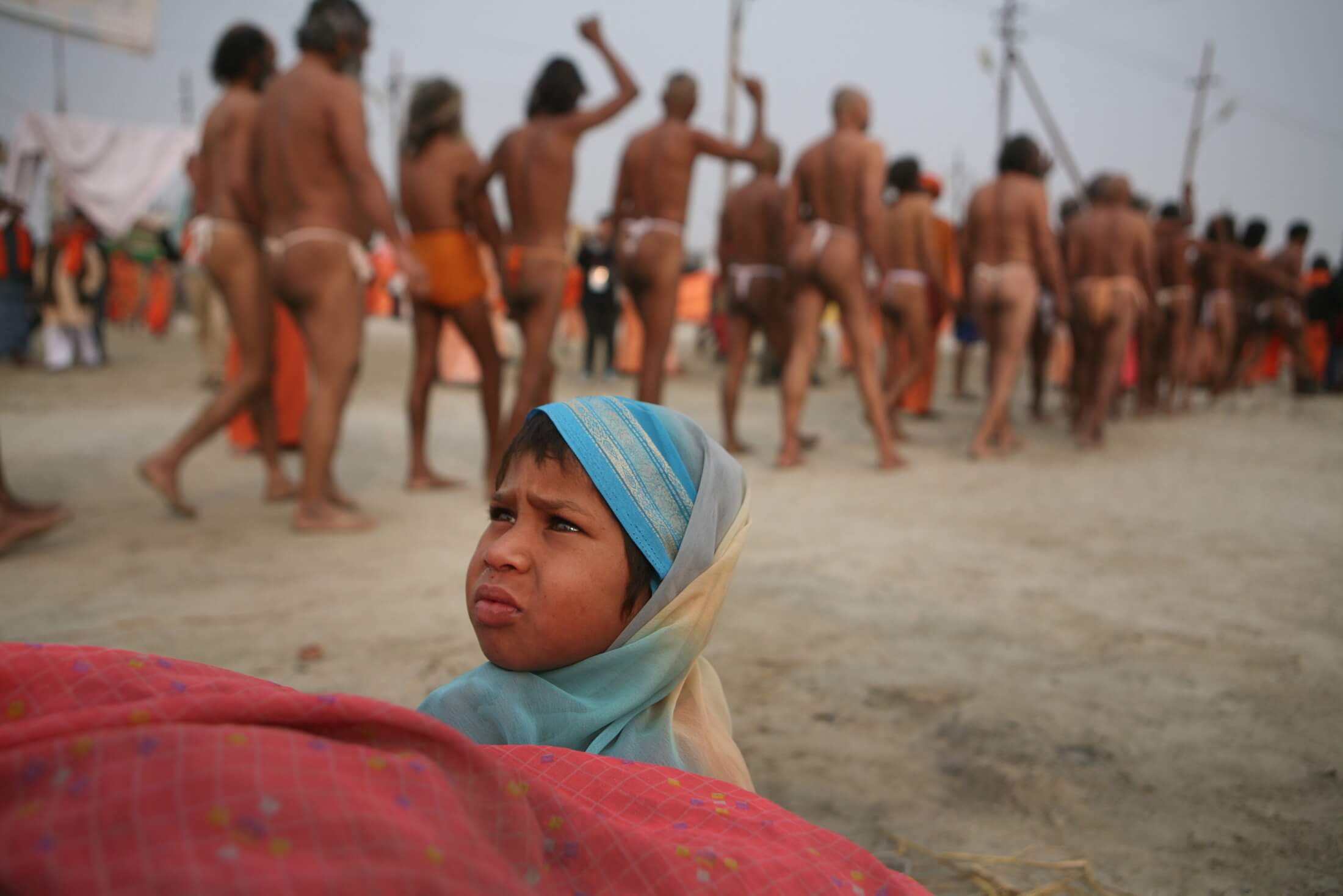 Children turned sadhus, sit on the bike with their predecessors 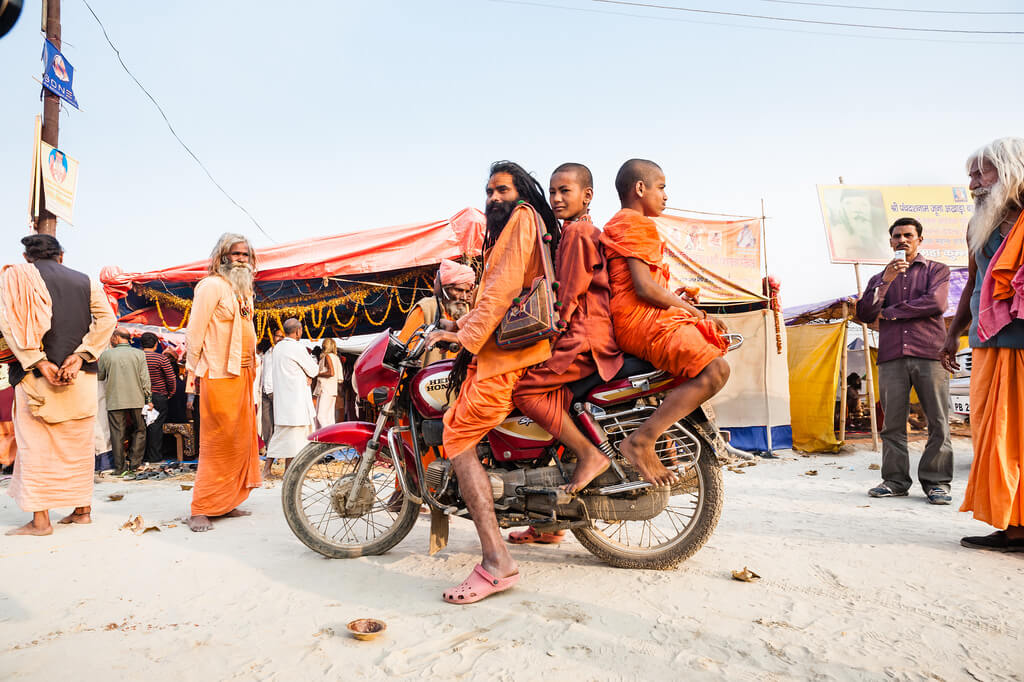 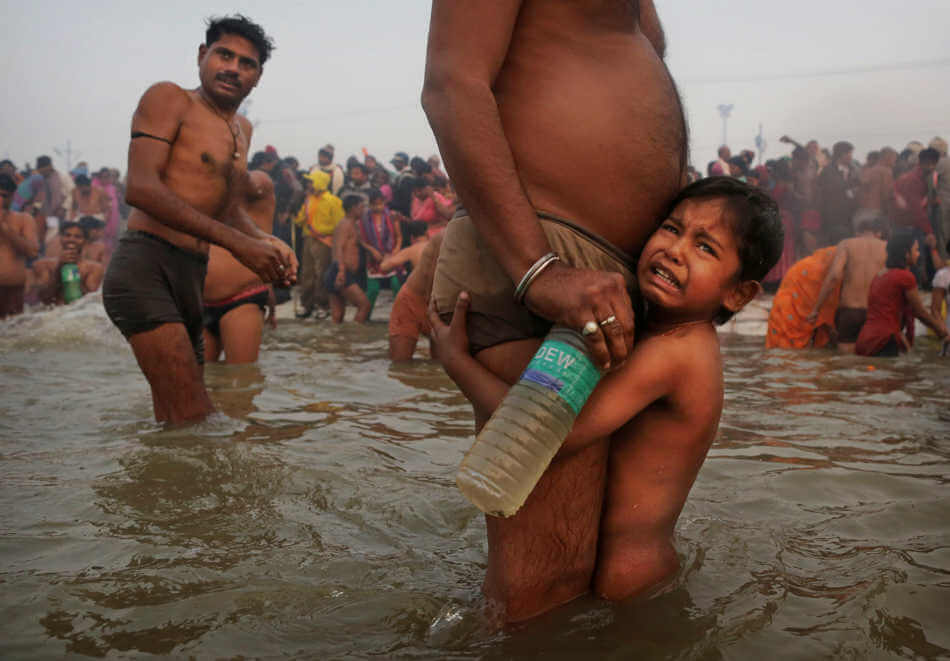 A child adorned with marigold flowers, carried on the shoulders of Sadhus remains unaware of the meaning of this religious procession 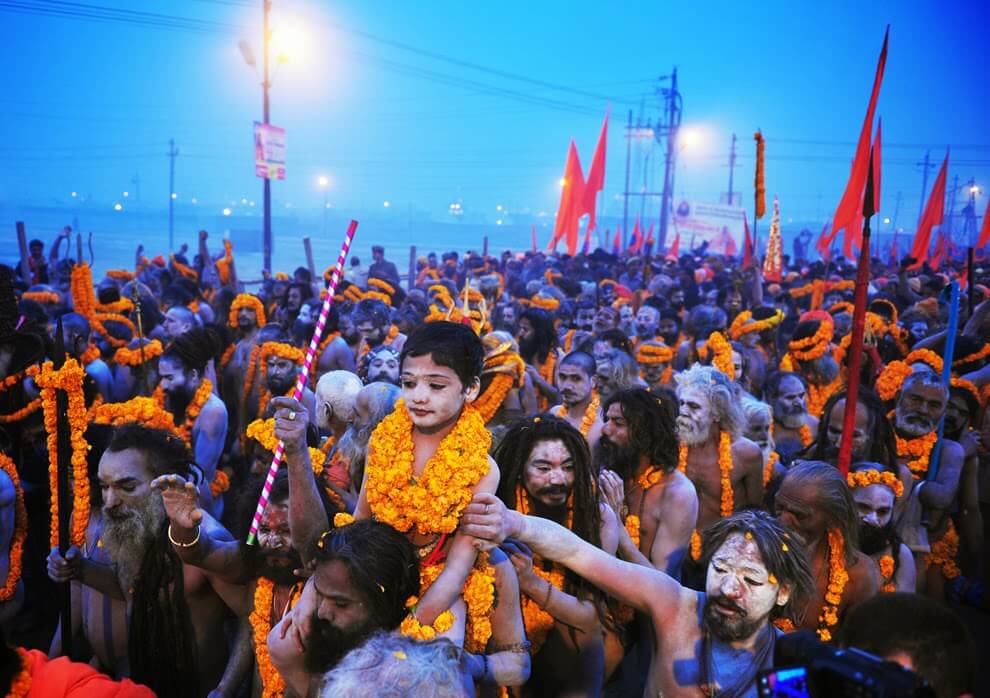 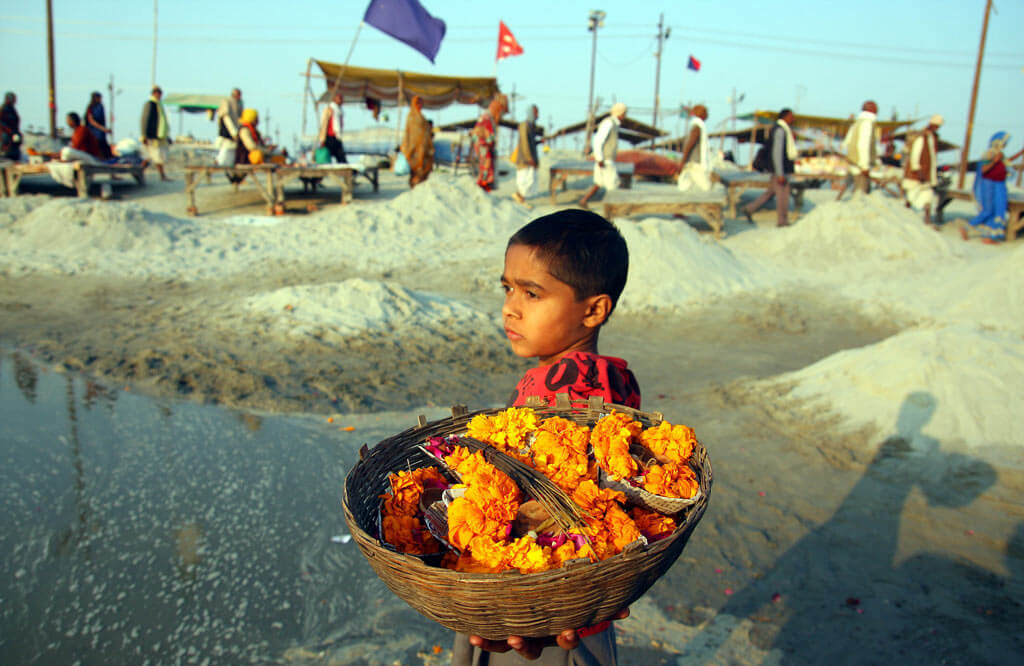 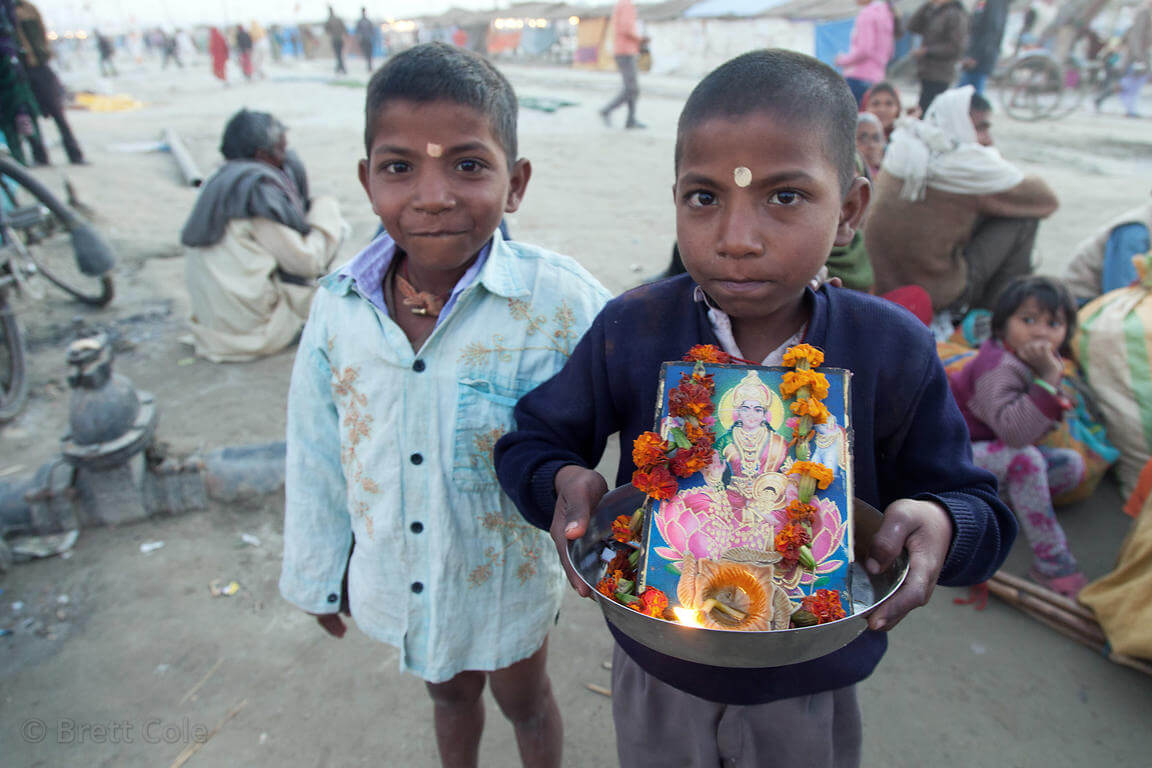 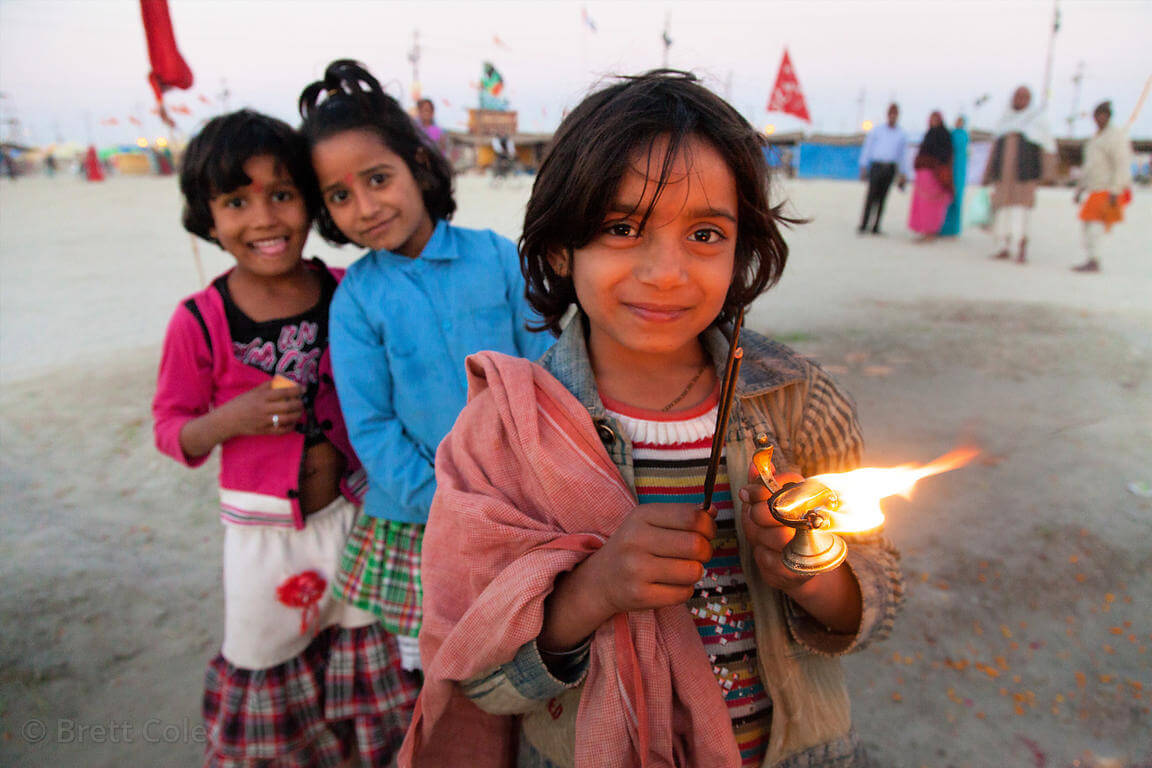 Others play in the putrid waters… 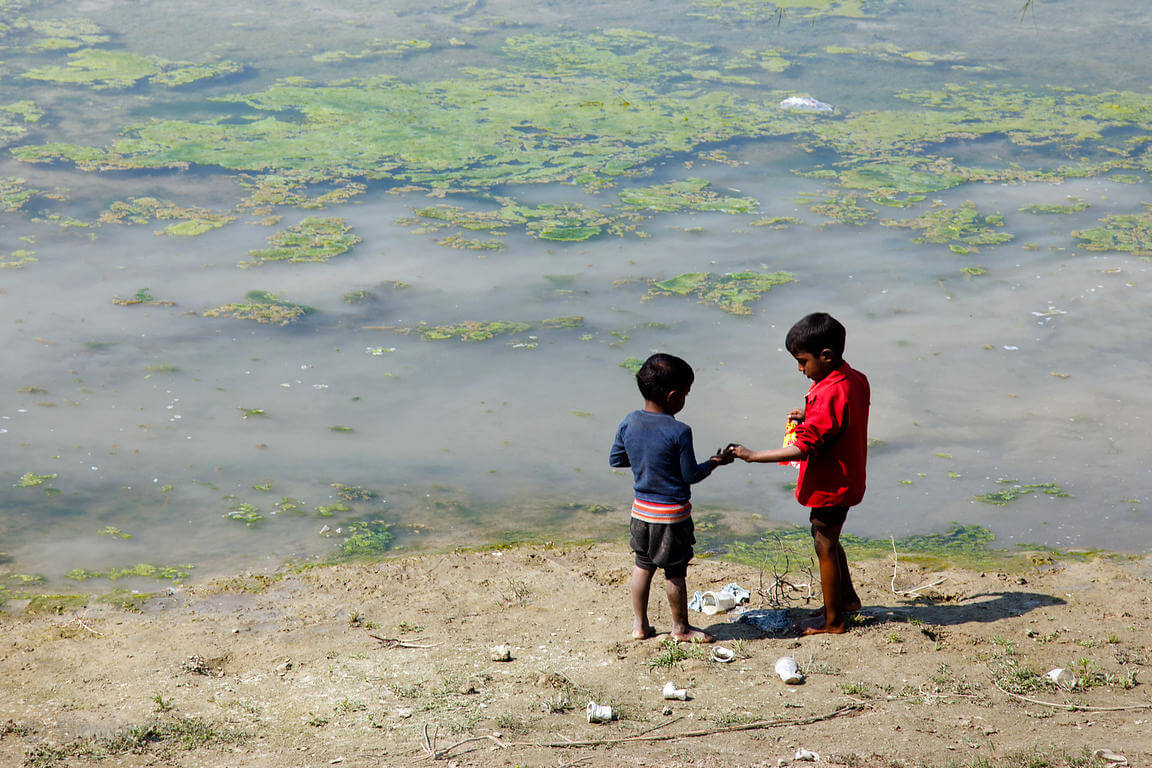 And entertain themselves, oblivious of the mega event around him 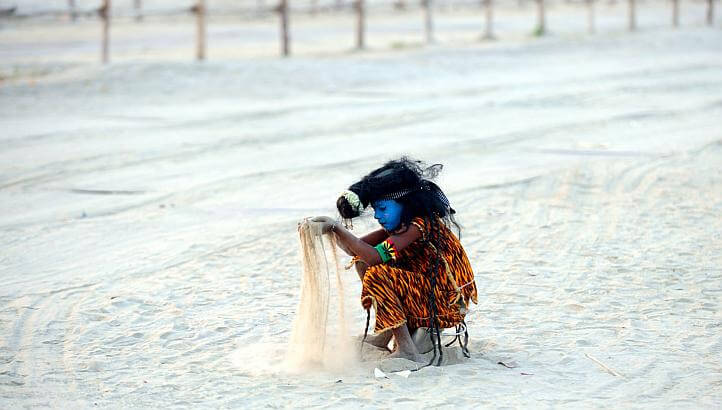 A boy bathes in the polluted waters during the Kumbh Mela 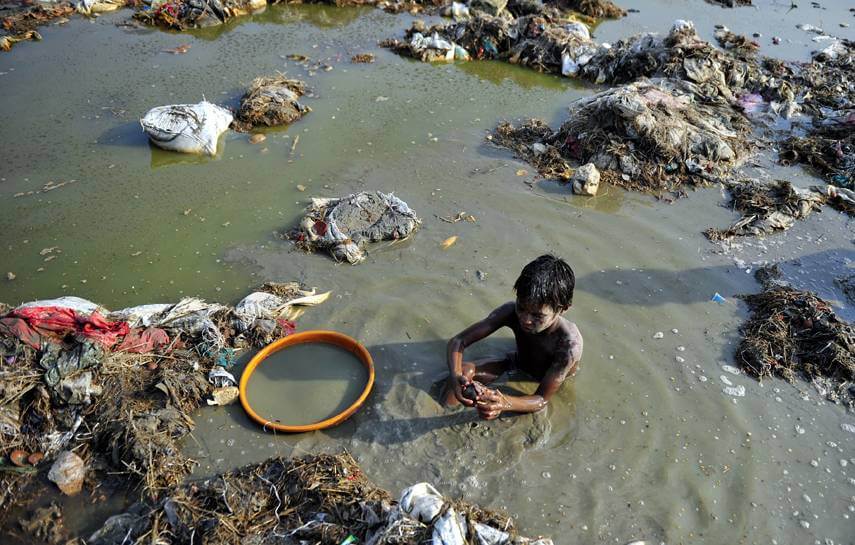 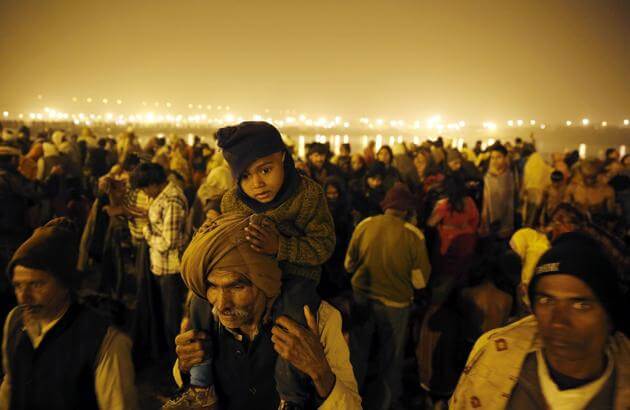 A group of workers, including children, clean the banks of River Yamuna 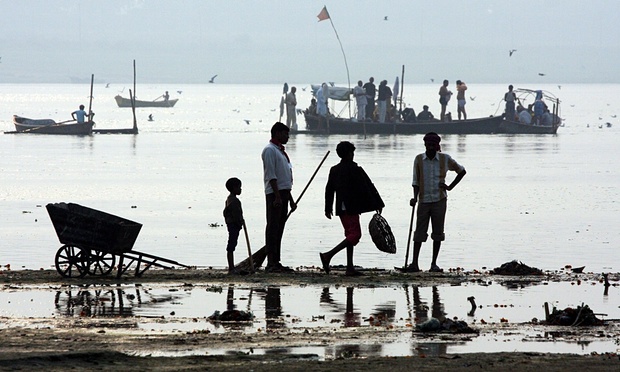